You are here: Home / Archives for Wild Blog / Wildlife TV

State broadcaster Radio Telefis Éireann (RTÉ) has announced an impressive array of wildlife and nature programming as part of its spring schedule. Hosted by passionate Irish naturalists and film-makers, the programmes capture and share the wonder of Irish wildlife.https://youtu.be/_2N8e9efhP4 Ireland's Wild Atlantic The season kicks off on the 22 April with the … END_OF_DOCUMENT_TOKEN_TO_BE_REPLACED 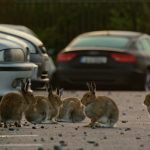 A new TV show produced by Crossing the Line Films and due to air on RTÉ over the coming weeks focuses the spotlight on the wildlife living alongside us in Ireland's busiest cities.Wild Cities, a four part series that starts on Sunday the 08 May at 6:30 pm on RTÉ One, is set on the streets of Cork, Dublin, Galway and Belfast. From urban foxes prowling city streets after … END_OF_DOCUMENT_TOKEN_TO_BE_REPLACED 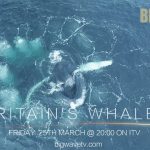 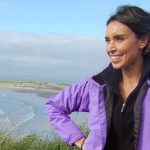 Ireland's Wild Atlantic Way is the star of a brand new 6-part television series on ITV showcasing the wonders of Ireland's Atlantic seaboard -- and with a name like "Wild Ireland" you'd have to hope that Ireland's wildlife will feature in the production.Over 6 weeks the series will chart the progress of former The One Show presenter, Christine Bleakly as she drives, bikes, … END_OF_DOCUMENT_TOKEN_TO_BE_REPLACED

The Secret Life of the Shannon is a brand new two-part documentary exploring the amazing life on Ireland's iconic River Shannon. It airs this coming Sunday the 26 May at 6:30pm on RTÉ One as part of RTÉ Goes Wild season.The second episode will air the following week, same time, same place.Credit where credit is due, it's great to see Ireland's national broadcaster … END_OF_DOCUMENT_TOKEN_TO_BE_REPLACED