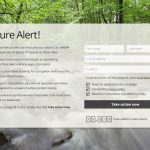 The European Commission is currently reviewing EU legislation as part of a Regulatory Fitness and Performance Programme (REFIT) -- and vital EU conservation laws like the Birds Directive and The Habitats Directive are coming under scrutiny as part of that process.NGOs across the EU are concerned that this review could potentially lead to a weakening of these vital … END_OF_DOCUMENT_TOKEN_TO_BE_REPLACED 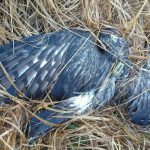 A young hen harrier has been found shot dead near Waterville in Co. Kerry.The satellite tagged bird-of-prey, a young female dubbed "Heather" by local schoolchildren, was part of a joint project by regional development organisation IRD Duhallow and the National Parks and Wildlife Service (NPWS). Heather became an online star via the Hen Harrier Ireland Blog, with thousands … END_OF_DOCUMENT_TOKEN_TO_BE_REPLACED 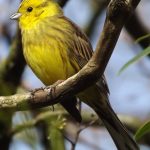 A review by The Dapartment of Arts, Heritage and the Gaeltacht of legislation under the Wildlife Act that governs the period when hedgerows can be cut has put landowners and environmental groups on a collision course.As it currently stands the legislation prohibits hedge cutting (with certain exceptions) between the 01 March and the 31 August to protect nesting birds and … END_OF_DOCUMENT_TOKEN_TO_BE_REPLACED 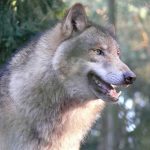 Centuries ago wolves roamed the wilds of Ireland. In this full-length feature Ireland's Wildlife contributor Dan Lettice, explores whether or not, one day, they could do so again....  Wolves in Ireland: the background The grey wolf, Canis lupis, was once reasonably common in Ireland and existed on all parts of the Island. The last wolf in Ireland was probably killed … END_OF_DOCUMENT_TOKEN_TO_BE_REPLACED 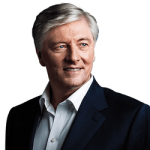