You are here: Home / Archives for Limerick 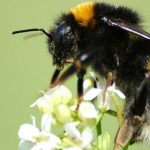 Ireland's Wildlife Contributor Albert Nolan gets up close and personal with the bees of Limerick and discovers that the City really is buzzing!  I pass quietly through the city streets pausing at every corner to scan the buildings for birds, or peeking into an overgrown garden in the hope of finding a few insects. I adjust my bumblebee net to a … END_OF_DOCUMENT_TOKEN_TO_BE_REPLACED 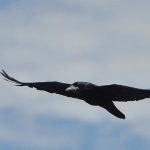 Join Ireland's Wildlife contributor Albert Nolan as he discovers the hidden wildlife gems of Limerick city.Cities like Limerick are havens for a surprising array of wildlife (image via Wikimedia Commons)The pleading calls of my kids tug at my heart strings as I slip into my walking gear. I see the window of the house start to fog up as little lips press against … END_OF_DOCUMENT_TOKEN_TO_BE_REPLACED 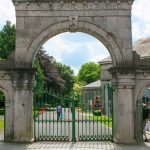 Members of the public in Limerick City and surrounding areas are being invited to join wildlife experts and ecologists this weekend in Ireland’s first ever Urban BioBlitz.Hosted by Limerick City Council, Limerick City Centre Tidy Towns Group and the National Biodiversity Data Centre, the Limerick Urban BioBlitz aims to identify and document as many wildlife species as … END_OF_DOCUMENT_TOKEN_TO_BE_REPLACED 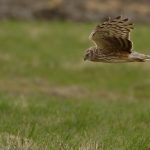 Last night I penned this email to Cllr. John Sheahan, Cathaoirleach of Limerick County Council, in response to his outrageous call for an "Open Season" on hen harriers in the county.This morning I received an email with the following standard letter attached, clarifying Cllr. Sheahan's position: Reply to "OPEN SEASON" remarkDear Sirs,I wish to thank you for writing … END_OF_DOCUMENT_TOKEN_TO_BE_REPLACED 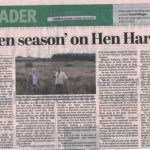 I'm at a loss to understand what Cllr. John Sheahan could have been thinking when he made his "Open Season" on hen harriers statement (as reported in the Limerick Leader and outlined on this site here).I felt compelled (along with many other people I'm sure) to write to Cllr. Sheahan expressing my thoughts on his frankly outrageous statement. You'll find the full text of … END_OF_DOCUMENT_TOKEN_TO_BE_REPLACED