You are here: Home / Archives for reintroduction 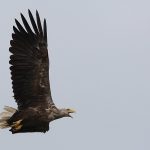 The first white-tailed eagle chicks to be born in Ireland in over 100 years have hatched at two sites: one in Killarney National Park in Co. Kerry, the other in Mountshannon on Lough Derg in Co. Clare.The good news gives a much-needed boost to the beleaguered White Tailed Eagle reintroduction programme managed by the Golden Eagle Trust after a failed nesting attempt at … END_OF_DOCUMENT_TOKEN_TO_BE_REPLACED 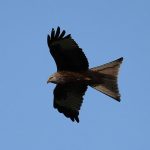 An Irish-hatched red kite has successfully reared a brood of young in Ireland for the first time in almost 200 years.The male bird was hatched in Ireland  in 2010 to Welsh "donor" parents released as part of the red kite reintroduction project coordinated by the Golden Eagle Trust. This Irish bred kite successfully raised two chicks this season at a nest site in Redcross, … END_OF_DOCUMENT_TOKEN_TO_BE_REPLACED 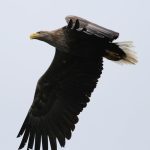 A pair of white tailed eagles has been confirmed nesting near Mountshannon, Co. Clare.The breeding pair, which were released in Killarney National Park, Co. Kerry as part of an ongoing reintroduction project coordinated by the Golden Eagle Trust, settled in the Mountshannon area in early 2011. This is the first confirmed nesting attempt since the reintroduction programme … END_OF_DOCUMENT_TOKEN_TO_BE_REPLACED 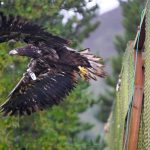 Determined not to be thwarted by the spate of illegal poisonings, the Golden Eagle Trust has released ten new white tailed eagles into the skies of County Kerry as part of their on going re-introduction for this iconic bird of prey. The new birds, all between 10 and 14 weeks old, come from a batch of 23 chicks donated to the Kerry project by Norwegian wildlife authorities … END_OF_DOCUMENT_TOKEN_TO_BE_REPLACED 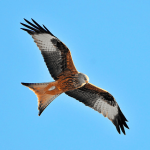 Red kites will soar over Dublin again for the first time in generations thanks to the release of 26 young birds at Newbridge Demesne earlier this week. The release is part of a five-year publicly funded programme to reintroduce red kites to Irish skies. Now in its final year the scheme has already reintroduced XX kites to secluded parts of of County Wicklow and County Down, … END_OF_DOCUMENT_TOKEN_TO_BE_REPLACED