You are here: Home / Archives for wildlife watching 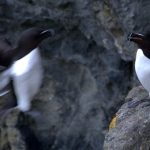 Watching Wildlife in MayMay is a month when spring should be well under way -- although it's still unpredictable. We're on the cusp of summer, and days are lengthening, but they can also be unseasonably cold and wet. Resident birds and animals are getting on with the business of breeding and rearing young, spring migration continues as later arrivals join the vanguard … END_OF_DOCUMENT_TOKEN_TO_BE_REPLACED 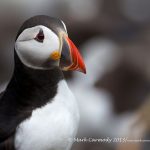 In this first of a new series we'll be exploring Ireland's Wildlife Calendar... looking at the wildlife events and milestones that occur each month on and around the Island of Ireland. Over time we hope they'll grow into a valuable monthly reference to Ireland's wildlife year. Enjoy... and let us know what you think in the comments below. Watching Wildlife in April Weather … END_OF_DOCUMENT_TOKEN_TO_BE_REPLACED 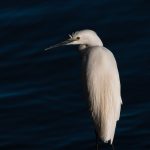 One of the most appealing things about nature is that you never really know what to expect. Every time you venture outdoors there's a sense of heightened anticipation as you wonder what you might encounter.In Ireland at least that sense of the unknown tends to include the weather. This morning, for example, it was snowing. Snow... and it's nearly April. Nuts! But the cold … END_OF_DOCUMENT_TOKEN_TO_BE_REPLACED 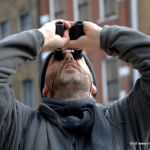 “Look up!” is the catch phrase coined by celebrity UK birder David Lindo, the self-styled “Urban Birder”, and it is, by and large, pretty sound advice. If you find yourself wandering the city streets with time to kill, glancing periodically above your head can reveal some truly remarkable things.David gained prominence on the BBC’s flagship early evening TV programme “The … END_OF_DOCUMENT_TOKEN_TO_BE_REPLACED