You are here: Home / Archives for David Lindo

Articles on Ireland's Wildlife by The Urban Birder

David Lindo is The Urban Birder - broadcaster, writer, speaker and tour leader. Previously Head of Membership at the British Trust for Ornithology, David is the author of countless articles on urban birds and writes for many websites, publications and magazines including 'Birds' the membership publication for Britain's largest conservation
organisation - the Royal Society for the Protection of Birds. He also has a popular monthly urban birding column in ‘Bird Watching Magazine’. Check out David's website for more info. 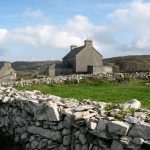 I was born in London but whenever anyone asks me where I’m from my stock answer is always that I am a black, Afropean, child of the earth and Honorary Irishman. I particularly cherish the ‘Honorary Irishman’ bit of my epithet because I really do feel a close affinity with the Emerald Isle. When I first came into this world my early days were spent in northwest London, initially … END_OF_DOCUMENT_TOKEN_TO_BE_REPLACED