You are here: Home / Archives for Features / Wild Wide Web 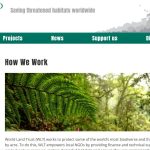 World Land Trust (WLT) is an international conservation charity, which protects the world’s most biologically important and threatened habitats acre by acre. Since its foundation in 1989, WLT has funded partner organisations around the world to create reserves, and give permanent protection to habitats and wildlife.World Land Trust's mission is:To protect and … END_OF_DOCUMENT_TOKEN_TO_BE_REPLACED 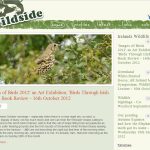 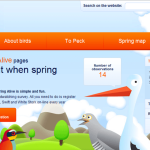 With the early arrival of spring making headlines it looks like the Spring Alive website is back in action again.Every year Spring Alive tracks the progress of spring across Europe by asking people from across the continent to submit sightings of migrating spring birds – icons of seasonal change like the Swallow, Cuckoo and Swift.To get involved all you have to do is … END_OF_DOCUMENT_TOKEN_TO_BE_REPLACED 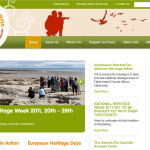 National Heritage Week 2011 is set to be the biggest yet with more than 1,300 events registered around the country. Coordinated by the Heritage Council of Ireland, Heritage Week this year runs from the 20-28 August, with events spanning everything from storytelling to local history, traditional skills and crafts to sports… and of course lots and lots of wildlife. Whale … END_OF_DOCUMENT_TOKEN_TO_BE_REPLACED 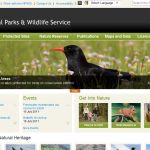 The National Parks and Wildlife Service is part of the Department of the Environment, Heritage and Local Government. It is responsible for managing the Irish State's nature conservation responsibilities. It’s principle roles are to: secure the conservation of a representative range of ecosystems and maintain and enhance populations of flora and fauna in Ireland … END_OF_DOCUMENT_TOKEN_TO_BE_REPLACED 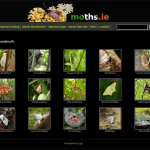 Moths.ie is a really useful starting point if you’ve seen an Irish moth and are looking for a quick ID. The family thumbnails let you quickly “narrow the field”, while the detailed species pages let you pinpoint with relative certainty exactly which species you’re looking for. While there really is not substitute for a good moth field guide, if you don’t have one handy, and … END_OF_DOCUMENT_TOKEN_TO_BE_REPLACED 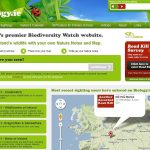 Biology.ie is an online personal biodiversity monitoring resource that was established in 2005 by naturalist Paul Whelan. The site lets you keep track of your personal wildlife sightings, and is a bit like an online field notebook with built in mapping and species lists that helps you to monitor what you see, when and where. The primary aim of Biology.ie is to increase … END_OF_DOCUMENT_TOKEN_TO_BE_REPLACED 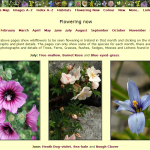 This week’s Site of the Week is Irish Wildlflowers. I don’t know about you, but while I marvel at the beautiful intricacy of our native Irish wildflower species, I often struggle to identify them. There’s no substitute for a really good wildflower field guide, of course, but if you find yourself wondering what on earth that fabulous flower was taking a few photographs on your … END_OF_DOCUMENT_TOKEN_TO_BE_REPLACED 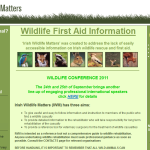 This weeks featured “Site of the Week” is Irish Wildlife Matters: a fantastic online resource that outlines what you should do if you find injured or orphaned wildlife. The site offers advice, support and, crucially, a network of nationwide wildlife rehabilitation contacts. At this time of year there tends to be a spike in the number of reports of orphaned, abandoned and … END_OF_DOCUMENT_TOKEN_TO_BE_REPLACED 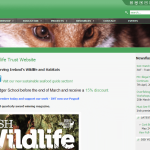 The Irish Wildlife Trust (IWT) is a nationwide Non Government Organisation (NGO) that focuses on raising awareness and promoting understanding of Ireand’s wildlife and habitats and their conservation. Founded in 1979 as a charitable conservation body, the IWT is a nationwide organisation with branches in Dubling, Limerick, Waterford and Cork. The main thrust of the … END_OF_DOCUMENT_TOKEN_TO_BE_REPLACED 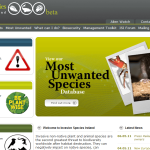 Site of the week is a new weekly feature highlighting an Irish website dedicated to wildlife, nature or conservation.This week the featured site is Invasive Species Ireland – which works to highlight the threat posed to our wildlife by introduced invasive species.The introduction of non-native plant and animal species is the second biggest threat to global biodiversity … END_OF_DOCUMENT_TOKEN_TO_BE_REPLACED