You are here: Home / Archives for BBC Wildlife Magazine 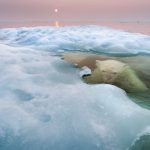 The world-renowned Wildlife Photographer of the Year (WPY) exhibition is coming to Dublin this year... for the first time ever... and we have a pair of free tickets to give away to one lucky Ireland's Wildlife reader.Co-owned by the Natural History Museum in London and the BBC, WPY is widely acknowledged as the world's most prestigious wildlife photography award. Now in … END_OF_DOCUMENT_TOKEN_TO_BE_REPLACED 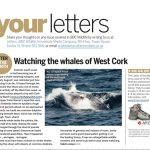 I was surprised and delighted last month when an email arrived from BBC Wildlife Magazine. I'd sent in a letter in August accompanied by some shots of a lunge-feeding minke whale. According to the email my letter was not only going to be published in the illustrious journal's October edition, but had also been selected as "Letter of  the Month", which meant I'd won a pair of … END_OF_DOCUMENT_TOKEN_TO_BE_REPLACED