You are here: Home / Archives for farmland 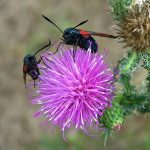 You have to walk through a lot of farmer’s fields today before you find a good patch of thistles.This strange thought occurred to me the other day after several strolls in the countryside around my house. For a plant that the books claim is extremely common I found it very hard to locate. At least the ones in my garden are doing well and despite having a formidable defence … END_OF_DOCUMENT_TOKEN_TO_BE_REPLACED 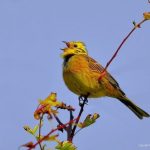 Figures released by the Pan-European Common Bird Monitoring Scheme reveal that Europe’s farmland birds are in dire straits. Researchers compiled population figures for 145 common and widespread bird species spanning 25 European countries between 1980 and 2009. Of the 36 species of common farmland birds included in the study, 20 were considered to be in decline, and overall … END_OF_DOCUMENT_TOKEN_TO_BE_REPLACED