You are here: Home / Archives for long-finned pilot whale 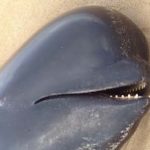 In the wake of the unfortunate live stranding of 13 long-finned pilot whales in Co. Donegal last week, The Irish Whale and Dolphin Group (IWDG) -- a not-for-profit organisation dedicated to whale and dolphin research and conservation -- has called for clarity from state agencies in terms of which authority has responsibility for managing live-stranding events around the Irish … END_OF_DOCUMENT_TOKEN_TO_BE_REPLACED 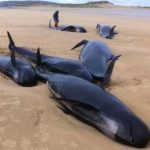 Four of thirteen pilot whales that stranded overnight on a beach in Co. Donegal have died. The other nine have been successfully re-floated by a local rescue effort that involved up to 100 people at its peak according to reports.The whales were spotted on Ballyness beach at Falcarragh, Co Donegal at 8am this morning."It's not something you want to see everyday," local … END_OF_DOCUMENT_TOKEN_TO_BE_REPLACED 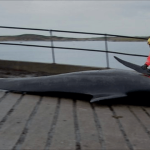 Marine mammal rescuers in the Hebrides have confirmed the death of 2 long finned pilot whales at Loch Carnan, South Uist. The whales were part of a large group of around 60 whales that prompted fears of a mass stranding in the loch late last week. The main pod now appears to have moved out of the loch into deeper water.The body of the first whale was found and recovered on … END_OF_DOCUMENT_TOKEN_TO_BE_REPLACED