You are here: Home / Archives for Denise O'Meara

Denise works at the Mammals in a Sustainable Environment Project, a science outreach and environmental education project at Waterford Institute of Technology (WIT). She is currently at the final stages of preparing my PhD thesis on a genetic study of red squirrels, also at WIT. Denise is interested in conservation, wildlife and using DNA to help inform conservation. 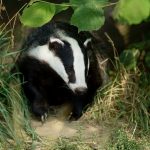 Undoubtedly one of the biggest wildlife issues in Ireland and Britain over the last few years has been the role of badgers (Meles meles) in the transmission of TB to cattle and the subsequent culling efforts to curtail the disease. This has understandably led to public outcry over this culling policy and alternatives such as vaccination trials are now being tested in … END_OF_DOCUMENT_TOKEN_TO_BE_REPLACED 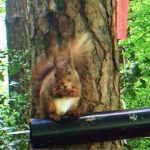 The red squirrel (Sciurus vulgaris) is one of our most charismatic species, found in woodlands in many parts of Ireland and is an animal that warms the hearts of those lucky enough to observe it. In recent years the decline of the red squirrel has been associated with the spread of the introduced North American grey squirrel (Sciurus carolinensis), although recent work by Emma … END_OF_DOCUMENT_TOKEN_TO_BE_REPLACED