You are here: Home / Features / Feature Articles / Are Irish badgers a distinct subspecies?

Undoubtedly one of the biggest wildlife issues in Ireland and Britain over the last few years has been the role of badgers (Meles meles) in the transmission of TB to cattle and the subsequent culling efforts to curtail the disease. This has understandably led to public outcry over this culling policy and alternatives such as vaccination trials are now being tested in Ireland.

As there is concern over the future of the Irish badger population amid this persecution, several studies have focused on what makes badgers in Ireland unique in comparison to their British and European neighbours. This has even led to Irish badgers being described as a distinct subspecies in the media (http://domeara.files.wordpress.com/2013/04/king-a-tb-or-not-tb.pdf?). But is there any concrete evidence for such a designation?

There are few mammals that have subspecies status in Ireland. The Irish stoat (Mustela erminea hibernica) and the Irish hare (Lepus timidus hibernicus) are probably the two that are the best supported by the available evidence, having been isolated in Ireland long enough and being distinct enough in terms of their genetic make-up to warrant such a status. Assigning this status to the Irish badger is much more controversial. There is no doubt that there are differences in terms of their ecology in Ireland in comparison with their counterparts in Britain and Europe. For instance, badgers in Ireland live in smaller social groups than those in Britain and there are also differences in the species’ diet between the islands. However, none of this is justification for assigning badgers in Ireland as a distinct subspecies. This would require that badgers in Ireland be at least genetically distinct from badgers in Britain and the continent.

Badgers have been the subject of a number of genetic studies on a European scale to understand the pattern of retractions and re-colonization that the species has undergone during the various ice ages over the last million years or so. Fossil and genetic data show that badgers retreated to the Mediterranean peninsulas during the height of the ice ages, followed by a gradual re-expansion into central and northern Europe in the warm periods in between. Currently there is no fossil evidence of the species being present in Britain until between 11,000 and 9,000 years ago and there is no evidence of the species in Ireland until approximately 1,500 years ago. However, this does not completely rule out that the species may have been present earlier than this in Ireland, as only a single badger fossil in Ireland has actually been securely dated. Fossils by their very nature can be rare and may not give a complete record that a species has been present as the evidence can be patchy and circumstantial. In addition, badgers tend to dig into archaeological sites and often contaminate such sites. This has led scientists to turn to genetic data to understand the origins of badgers in Ireland (as they have done for many of our mammals).

A study by Denise O’Meara and colleagues in 2012 compared Irish badgers with those in Britain and Europe, and found that Irish badgers shared mitochondrial (the energy powerhouse of the cell which is only passed on from mother to offspring) DNA types with badgers in Spain and Scandinavia. For microsatellite DNA (rapidly evolving DNA that is used in parentage testing for example), they found that Irish badgers represented their own unique genetic group. The latter result is not necessarily surprising as populations separated by only decades or centuries can be ‘different’ for this type of DNA. The authors proposed that a natural colonization was possible. Another, more recent, study by Alain Frantz and colleagues (including Allan McDevitt) expanded upon this by using samples from a much greater number of individuals from across Europe and increasing the amount of genetic data used. This study again found Irish badgers had a strong Scandinavian link with mitochondrial DNA (much more clear cut than previously found) but also a strong link with Britain with both mitochondrial and microsatellite DNA. Frantz and colleagues in this case argued that multiple human introductions from different locations was more likely than a natural colonization given both this new genetic data and the existing available fossil data. There is a possibility that people brought badgers to Ireland as a food source as badger meat, hair, fur and grease were important commodities down through the ages. Regardless of how the badger came to be in Ireland, it is at the very least a naturalized species, with an interesting and still somewhat unresolved history in Ireland. This is the case with many of our mammals because even the iconic red deer was brought to Ireland by ancient people.

Are they or aren’t they? 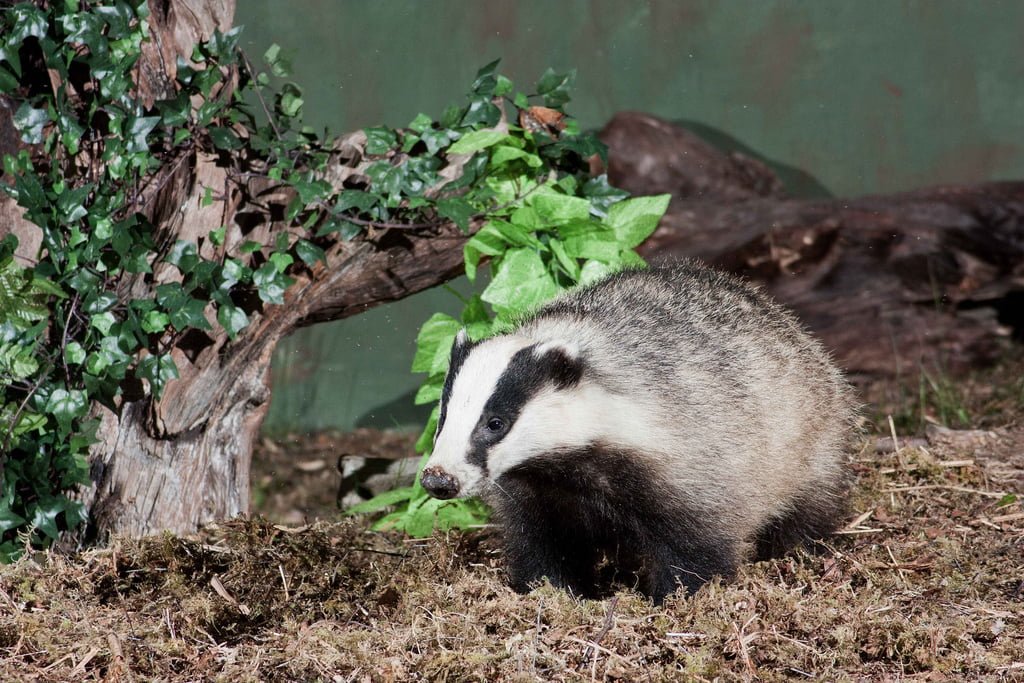 The important result from both genetic studies was the close association of Irish badgers with other European populations.

What does this all mean for a potential subspecies status for badgers in Ireland? Going on current evidence, there simply is no support for such a designation. Not only are badgers not a distinct subspecies in Ireland, there is not even strong evidence to support their natural colonization of Ireland. It is clear that European badgers show little genetic differences between each other all the way from Ireland to Russia, which clearly confirms their current designation as a single species without any need for further subdivision.

It could be argued that there is little harm in designating badgers in Ireland as a distinct subspecies. However, taxonomy has important consequences for conservation. Just as it is crucial to identify species/subspecies to assist vulnerable species/subspecies to recover from population declines or withstand the rapid detrimental changes that we are causing to the environment, it is counterproductive to name species/subspecies based on incorrect interpretation of data and is ultimately a misrepresentation of existing scientific knowledge. When we decide to split species into a number of subspecies, each one requires another conservation plan to be drawn up as they are considered to be separate populations or “conservation units”. When a new subspecies is created unnecessarily, the time and effort put into new conservation plans and measures to protect this supposed subspecies are wasted. The pot of funds for wildlife conservation in Ireland is limited, so we need to make the best possible use of it.

The culling of badgers in Ireland and Britain is increasingly seen as an unpopular solution to halt the spread of bovine Tb, and has divided scientists, politicians and the public alike. However, the designation of the badger in Ireland as a distinct subspecies is not based on scientific evidence and it is not an appropriate justification for preventing culling. If anything, it is counter-productive and distracts from the real issues and possible solutions towards both ending the culling of badgers in Ireland and the eradication of Tb, which is a major problem and cost for the farming community and the public purse.

Some rights reserved by BROTY1

Allan is a population geneticist and mammalogist currently based between the University of Leuven in Belgium and the Mammal Research Institute in Poland. He specializes in using genetics to inform conservation and to recontruct the history of a wide variety of mammalian species in Ireland, Europe and North America.

Denise works at the Mammals in a Sustainable Environment Project, a science outreach and environmental education project at Waterford Institute of Technology (WIT). She is currently at the final stages of preparing my PhD thesis on a genetic study of red squirrels, also at WIT. Denise is interested in conservation, wildlife and using DNA to help inform conservation.