You are here: Home / Archives for invertebrates 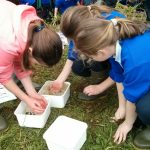 Earlier this year, in the midst of lockdown, Ireland's Wildlife Contributor Albert Nolan took his children to a river near his home to explore its hidden wildlife.We took the short trip to Toorenbrien Bridge, careful not to stray over our allotted 2km lockdown radius. Here there is a large parking space and the kids and I were going kick sampling in the river. This is … END_OF_DOCUMENT_TOKEN_TO_BE_REPLACED 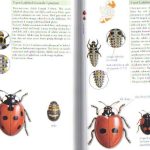 I've always had a fascination with minibeasts.As a child I used to lie in the long grass for what seemed hours at a time, watching the drama of the miniature ecosystem unfold in front of me. What I was seeing, quite literally under my nose, was every bit as dynamic, exciting and unpredictable as the natural history programmes on the telly. But this was live in my back … END_OF_DOCUMENT_TOKEN_TO_BE_REPLACED 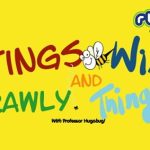 A new radio show introducing Irish children to the wonderful world of invertebrates debuts on RTÉ Jr Radio on Saturday 08 February at 11am.Stings, Wings & Crawly Things is a 12 part series for children aged 4-7 years that explores fascinating facts about Irish insects, spiders and all manner of winged and crawly creatures. Presented by a knowledgeable ground beetle … END_OF_DOCUMENT_TOKEN_TO_BE_REPLACED 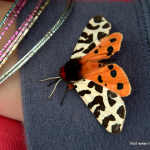 I still remember the sense of wonder I felt when, as a little boy, I used to turn over boulders in the rockery. My Dad -- a keen gardener -- was far less keen on my impromptu re-arrangement of his hard-landscaping, but I was more interested in the fascinating world unearthed beneath the hastily relocated rock. Beetles, millipedes, woodlice, earwigs, spiders, and if I hit the … END_OF_DOCUMENT_TOKEN_TO_BE_REPLACED