You are here: Home / Archives for NUI Galway

A new study by researchers at NUI Galway and Waterford Institute of Technology shows that populations of the pine marten, one of Ireland's most elusive mammals, have recovered to healthy levels in areas of the Irish midlands.The research, which will be published in the European Journal of Wildlife Research, used DNA analysis to asses pine marten populations in the midlands and … END_OF_DOCUMENT_TOKEN_TO_BE_REPLACED 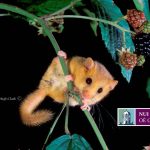 If you have, then researchers at NUI Galway want to hear from you.The hazel dormouse (also know as the common dormouse) was discovered living in Ireland very recently, most likely introduced from the UK or Europe. NUI Galway is conducting a survey to discover where they can be found and how many there are in the country -- and the team needs your help to track down this … END_OF_DOCUMENT_TOKEN_TO_BE_REPLACED