You are here: Home / Archives for Wicklow 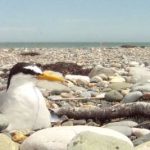 Ireland's largest little tern colony at Kilcoole, Co. Wicklow, has enjoyed a record year in 2014 according to conservationists monitoring the site.Wardens recorded 120 breeding pairs nesting at Kilcoole this season, smashing the previous record of 106 pairs from 2006. According to figures reported on the Kilcoole Little Tern Conservation blog an estimated 219 chicks … END_OF_DOCUMENT_TOKEN_TO_BE_REPLACED

Andrew Power and Peter Cutler produced this fabulous documentary offering insight into the Little Tern breeding colony at Kilcoole, Co. Wicklow, and the ongoing efforts to protect them.Little terns are Ireland's smallest tern species, and one of our rarest breeding seabirds. The colony in Kilkoole is Ireland's largest. For more information check out the excellent Kilcoole … END_OF_DOCUMENT_TOKEN_TO_BE_REPLACED 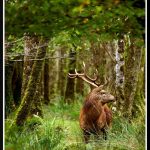 With the Autumn deer rut in full swing Environmental Biologist David O'Brien takes us on a journey into the hills of county Wicklow in search of wild deer, and offers advice on how to watch these shy and elusive animals [CJ].Now that we are in the middle of the rut, prime-time for watching deer, crowds of people are visiting deer-viewing hotspots like the Phoenix park … END_OF_DOCUMENT_TOKEN_TO_BE_REPLACED 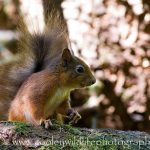 Wildlife experts have expressed concern at reports that a second native red squirrel has died of the deadly squirrel paropox virus in Co. Wicklow.The squirrel was discovered near Kilmacanogue, Co. Wicklow suffering from the disease, which is described as being similar to myxomatosis in rabbits. The squirrel pox virus is carried by the non-native grey squirrel, which does … END_OF_DOCUMENT_TOKEN_TO_BE_REPLACED