You are here: Home / Archives for woodland 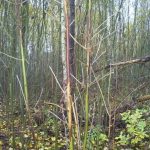 After initial reports of Ireland’s first case of Chalara Ash Dieback Disease from a plantation in Co. Leitrim last month, another three cases, from Meath, Monaghan and Galway, have now been confirmed. The trees are all thought to originate from a consignment of 33,000 ash saplings imported from The Netherlands around three years ago. They were planted at 11 locations around … END_OF_DOCUMENT_TOKEN_TO_BE_REPLACED 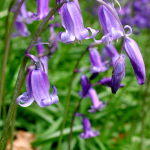 There's nothing quite like walking into an Irish woodland in spring and being greeted by a vibrant carpet of flowering bluebells. One of Ireland's most familiar and striking wild flowers, bluebells are found all over the country. A display of the flowers en-masse is breath-taking: a true wild phenomenon. The Bluebell is a wild member of the hyacinth family, and although common … END_OF_DOCUMENT_TOKEN_TO_BE_REPLACED