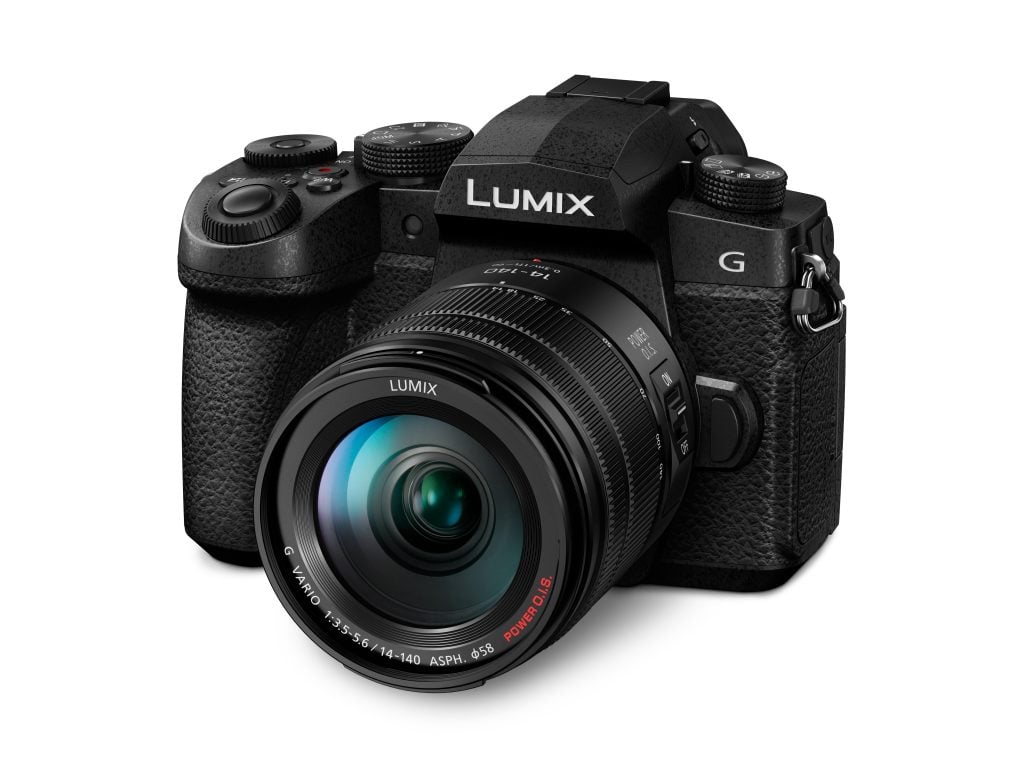 Regular readers of Ireland’s Wildlife will recall that I’ve been using Panasonic’s flagship micro-four-thirds format stills camera, the Lumix G9, for about a year now, and I’ve been very impressed by the results.

It’s an extremely capable camera, with lenses to match, and is ideally suited to the kind of photography I do: mostly wildlife, but also mostly on the move, while carrying all kinds of other wildlife-watching paraphernalia with me. So while I have been intrigued by and avidly followed Panasonic’s recent move into full-frame mirrorless with their Lumix S series, for me the capability/portability ratio of the Lumix G9 and Micro 4/3 lenses is just about ideal. While the superb detail and low-light performance of a full-frame sensor is appealing, the size and weight with decent glass attached would mean I simply wouldn’t carry it in many places where I have the G9. I would essentially miss many superb shooting opportunities.

Smaller and lighter is often a good thing — as long as the compromise in image quality isn’t pronounced. Enter the latest camera in Panasonic’s Micro 4/3 mirrorless stable, the Lumix G90 (perplexingly dubbed the Lumix G95 in North America: to borrow an American expression… go figure!).

I had a bit of hands-on time with the G90 at a launch event in Dublin recently, and while it certainly won’t be replacing the G9 in my camera bag, it is significantly smaller and lighter and would make a great second/backup body. It would also be a viable alternative if you’re looking for something a little lighter to carry in the field/while travelling, and of course, a touch lighter on the pocket than its flagship Lumix cousins the G9 or the GH5(s).

As a hybrid stills/video camera, the G90 also incorporates Panasonic’s near-legendary video pedigree. It boasts unlimited 4K video recording at 30p along with a host of innovative video features that make it an ideal camera for Vloggers and film-makers. All in all the Lumix G90 delivers a lot of the innovative features found in Lumix flagships, including 4k Video, 4K Photo (the incredible 6K Photo mode found in the G9 is notably absent here though), super-fast autofocus, class-leading image stabilisation, and is compatible with an unrivalled selection of micro 4/3 lenses and accessories from Panasonic and other manufacturers.

If you’re looking for a hybrid system camera that can do double duty producing high-quality video AND superb stills in a compact, lightweight and versatile package the new Lumix G90 is well worth a look.

LUMIX G90: the lowdown from Panasonic

NB: These details are from a Panasonic Lumix press release — so they come directly from the manufacturer. They are provided here as an overview of the G90’s specs.

Designed for high mobility and ease of use, the new LUMIX G90 features a range of functions perfectly primed for both photo and video.

With a 20.3-megapixel Digital Live MOS sensor, the latest Venus Engine and 5-axis Dual I.S. 2, the G90 is ready to record the action in a wide variety of different shooting situations.

Redesigned externally for maximum comfort and easy one-handed operation, the G90 is sealed to ensure splash and dust resistance.

An integrated OLED LVF (Live Viewfinder) combines with a free-angle

3.0-inch large OLED rear monitor for composition from every angle.

For videography, the G90 offers both 4K and Full HD video recording at a range of frame rates, with external recording available, along with a 3.5mm headphone jack and newly added headphone socket.

As with other LUMIX products, 4K Photo helps to capture fleeting moments, with newly added functions for the G90 including Sequence Composition and Auto Marking.

Bluetooth and Wi-Fi connectivity make sharing on the move simple, while USB charging allows for power boosts on the go.

The G90’s 20.3-megapixel Digital Live MOS sensor has been designed without low-pass filter to capture the largest amount of detail. Working in combination with the Venus Engine, images are rendered to appear natural, true-to-life and with a wide dynamic range.

High-speed autofocus (AF) acquisition of 0.07sec, along with high-speed burst shooting at 9fps (AF-S) or 6fps (AF-C) helps to capture sharp shots of fast-moving subjects. Using Depth From Defocus (DFD) technology, the G90 also tracks moving subjects, allowing the user to adjust the sensitivity settings to tailor the AF-behaviour to the shooting subject.

The LUMIX G90 has been redesigned for easy one-handed operation. Three new buttons are located in-line on the top plate for adjusting exposure, ISO and white balance. Buttons on the back are positioned around the wheel dial for quick access to various settings in both shooting and playback. Front and rear dials enable direct setting and can be configured to individual preference.

Image composition is done via the large OLED Live Viewfinder with 2,360k-dot resolution, 100% field of view and 0.74x magnification or the three-inch OLED rear monitor with 1040k-dot resolution, free-angle movement and touch-sensitivity.

The rugged design of the G90 starts a body constructed of a magnesium alloy full die cast front frame and goes to a redesigned grip for more comfortable and stable shooting. To be ready in every condition, LUMIX G90 is splash/dust-resistant*1 thanks to sealing for every joint, dial and button.

*1 Dust and Splash Resistant does not guarantee that damage will not occur if the camera is subject to direct contact with dust and water.

The LUMIX G90 is a true hybrid camera, with equal importance given to its extensive video capability.

Real-time image output to an external monitor in 4:2:2 / 8-bit*1 via an optional micro HDMI cable is available, while V-Log L is pre-installed for wider dynamic range for colour rendering in post-production. Additionally, a 3.5mm microphone jack for high-quality audio recording is included, as well as a headphone socket.

The G90 features LUMIX’s well-known 4K Photo modes. Giving users the ability to extract fleeting moments at 30fps from a 4K video, it’s now even easier thanks to a new Auto Marking function which automatically detects frames with changes to the image. Sequence Composition has also been added for creating “stromotion” images by combining multiple images into one shot for a fun effect.

As well as providing Automatic, Semi-Automatic and Manual modes, the G90 features a range of options to help you unleash your creativity, including:

Utilising the power of DFD (Depth From Defocus) AF technology and combining it with 4K Photo, the G90 gives you the option to change the focus point after the image has been taken (Post Focus Mode). You can also make use of the Focus Stacking function to adjust depth of field by combining multiple images. Users can also shoot a maximum of 999 images can be shot with different focus points using newly added Focus Bracketing, while Aperture Bracket allows for different depth of fields to be shot and selected from later.

Adding to the many Photo Styles known from LUMIX cameras, G90 allows to shoot dynamic monochrome images with emphasised highlights and shadows while preserving details. L.Monochrome D is added to standard Monochrome and L.Monochrome and provides even darker depth tones. All monochrome modes can be combined with a grain effect for filmic results.

Newly added Live View Composite Recording is useful for shooting fireworks or stars in the night sky. This function releases the shutter at designated intervals, combining areas of high brightness in a single picture, while keeping the background the same.

A new power-saving function is introduced for the G90, automatically putting the camera to sleep after a set period of inactivity detected by the eye sensor. A half-press of the shutter button reawakens the camera ready for shooting, resulting in a long battery life of approximately 900 images per charge.*1

For even more power, a Battery Grip (DMW-BGG1) is also available. As well as increasing battery life, it adds a set of extra controls for more comfortable vertical shooting. Just like the G90, the DMW-BGG1 boasts a rugged, splash and dust resistant design.*2

Sharing your shots live from the scene has never been more important. With integrated Bluetooth 4.2 and Wi-Fi 2.4GHz you can update your friends and family no matter where you are. Bluetooth Low Energy enables a constant connection with minimal power consumption for simple and quick sharing, as well as optional automatic GPS tagging.

*[1] Under the test conditions specified by Panasonic based on CIPA standard. When the sleep mode timer is set to 3 seconds.
*2 Dust and Splash Resistant does not guarantee that damage will not occur if the camera is subject to direct contact with dust and water.