You are here: Home / Archives for citizen science

A new research project at the Galway Mayo Institute of Technology (GMIT) in partnership with the National Parks and Wildlife Service (NPWS) is looking for public input to analyse seal populations around the Irish coast.The project is being undertaken by German native Kristina Steinmetz, a graduate of the Biodiversity and Conservation MSc. programme at GMIT, as part of … END_OF_DOCUMENT_TOKEN_TO_BE_REPLACED

This Monday, 30 November 2015, sees the start of Birdwatch Ireland's most popular survey: the annual winter Garden Bird Survey.Every year Ireland's largest conservation NGO asks households across the country to record the birds visiting their gardens between the start of December and the end of February. How the Garden Bird Survey works Between December and February each … END_OF_DOCUMENT_TOKEN_TO_BE_REPLACED 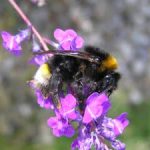 A gardener at a Dublin park has rediscovered a bumblebee species last recorded in Ireland in 1926.Eddie Hill, who is an avid bee recorder, and regularly submits bee sightings to the National Bumblebee Monitoring scheme, noticed some odd looking bees feeding on flowers at St. Enda’s Park in Rathfarnam. After studying photographs and two specimens of the bees,  experts Dr. … END_OF_DOCUMENT_TOKEN_TO_BE_REPLACED 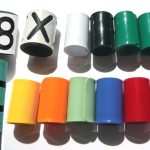 Under the banner of Operation Godwit an international team of scientists has been studying the Icelandic black-tailed godwit since the 1990s. Unique combinations of colour rings placed on the birds' legs on their breeding grounds in Iceland and on their wintering grounds in Western Europe allow individual birds to be identified, and mean that when birdwatchers around Europe … END_OF_DOCUMENT_TOKEN_TO_BE_REPLACED

If you have, then researchers at NUI Galway want to hear from you.The hazel dormouse (also know as the common dormouse) was discovered living in Ireland very recently, most likely introduced from the UK or Europe. NUI Galway is conducting a survey to discover where they can be found and how many there are in the country -- and the team needs your help to track down this … END_OF_DOCUMENT_TOKEN_TO_BE_REPLACED