You are here: Home / Archives for corncrake 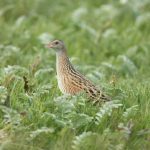 Conservation efforts to save the corncrake from extinction in Ireland appear to be paying dividends. Authorities reported a significant increase in the number of calling male birds during their 2014 corncrake population census, up to 230 from 185 birds recorded last year.The largest concentration of corncrakes was in Donegal, where 156 calling males were recorded, 108 of … END_OF_DOCUMENT_TOKEN_TO_BE_REPLACED 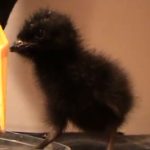 The National Parks and Wildlife Service (NPWS) and the Irish Grey Partridge Trust are working together on an innovative trial to breed the endangered corncrake in captivity for the first time in Ireland. Fota Wildlife Park in Co. Cork is assisting in the experimental captive breeding programme.A pair of corncrake eggs supplied by Fota Wildlife Park were successfully … END_OF_DOCUMENT_TOKEN_TO_BE_REPLACED