You are here: Home / Archives for Crossing the Line 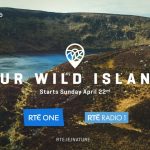 State broadcaster Radio Telefis Éireann (RTÉ) has announced an impressive array of wildlife and nature programming as part of its spring schedule. Hosted by passionate Irish naturalists and film-makers, the programmes capture and share the wonder of Irish wildlife.https://youtu.be/_2N8e9efhP4 Ireland's Wild Atlantic The season kicks off on the 22 April with the … END_OF_DOCUMENT_TOKEN_TO_BE_REPLACED 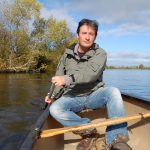 "On a River in Ireland" -- the international title of the series aired locally as "The Secret Life of the Shannon" -- has won three awards at the prestigious Jackson Hole Wildlife Film Festival, including the "Grand Teton Best of Festival" award.Popularly dubbed the "wildlife film-making Oscars", the Jackson Hole festival is considered the pinnacle of wildlife and nature … END_OF_DOCUMENT_TOKEN_TO_BE_REPLACED 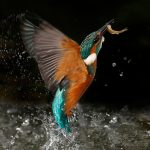 The Secret Life of the Shannon is a brand new two-part documentary exploring the amazing life on Ireland's iconic River Shannon. It airs this coming Sunday the 26 May at 6:30pm on RTÉ One as part of RTÉ Goes Wild season.The second episode will air the following week, same time, same place.Credit where credit is due, it's great to see Ireland's national broadcaster … END_OF_DOCUMENT_TOKEN_TO_BE_REPLACED 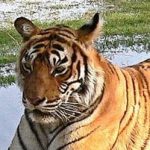 Dublin wildlife cameraman Colin Stafford Johnson's tale of the journey of a wandering tiger across the Indian sub-continent has been nominated for two Emmy awards in the prestigious National Academy of Television Arts and Sciences in the USA.The Crossing the Line documentary "Broken Tail", follows Stafford Johnson's quest as he tracks a  the journey of a remarkable wild … END_OF_DOCUMENT_TOKEN_TO_BE_REPLACED