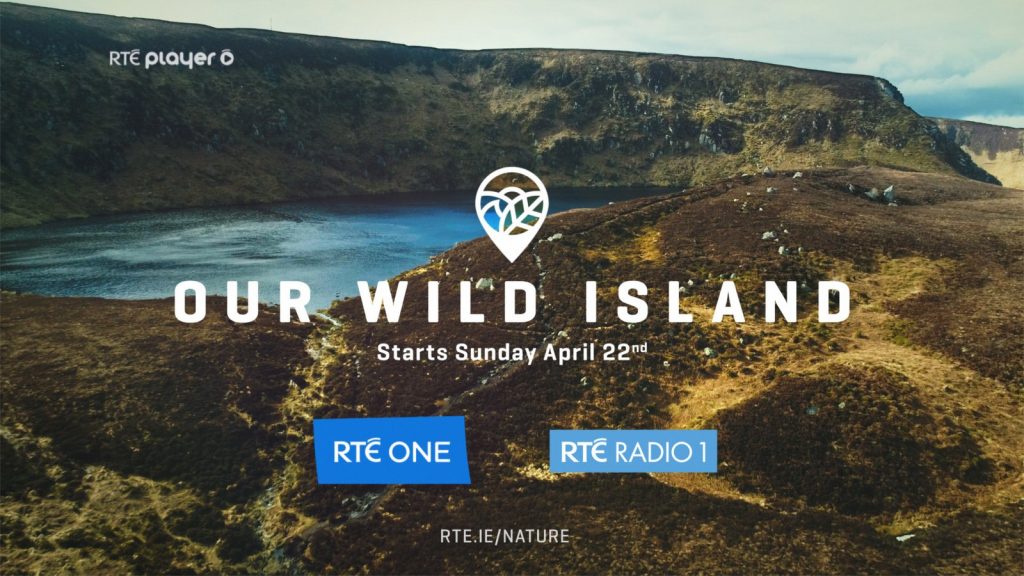 State broadcaster Radio Telefis Éireann (RTÉ) has announced an impressive array of wildlife and nature programming as part of its spring schedule. Hosted by passionate Irish naturalists and film-makers, the programmes capture and share the wonder of Irish wildlife.

The season kicks off on the 22 April with the much-anticipated Ireland’s Deep Atlantic. Underwater cameraman Ken O’Sullivan embarks on a series of voyages into the North Atlantic depths in search of whales, sharks, deepwater corals and other fascinating creatures that live in the waters off our island nation’s south and west coasts.

From the largest animal ever to have lived on earth, to some of the smallest, this two-part series will, for the first time, delve into the lives of these creatures, investigate their behaviour, and examine the health of Ireland’s deep ocean habitats.

Significantly, as well as showcasing our incredible oceanic wildlife, the programme was also a partner in ground-breaking science through the sharing of resources and collaboration with research scientists. To date, the partnership has led to the publication of no less than five scientific research publications. That’s unprecedented for an Irish television documentary.

As a child I would do just about anything to be on the shore or in the water… and that hasn’t changed much.

From Norwegian Polar Bears to Spanish Flamingos, Irish basking sharks to Slovenian wolves the programme celebrates European wildlife in all its glory — and for once, puts Ireland centre stage! Viewers across Europe will be encouraged to participate and share through social media using the hashtag #naturelive.

If you go out and you keep your eyes peeled, and you listen to the sounds around you, you can really discover something new every single day.

The day kicks off with the annual dawn chorus event, broadcasting live on RTÉ Radio 1 from 12am to 7am and taking in the natural symphony of birdsong from more than 20 locations across Europe.

“Europe’s nature is spectacular,” said wildlife presenter Derek Mooney. “It’s only right that we celebrate it, and I’m delighted that RTÉ is hosting this unique event which will be viewed by millions of people throughout the world on TV and online.”

Wildlife… all year round

Finally, rounding off the seasonal wildlife bonanza is A Wild Irish Year. Starting on Sunday 13 May this four-part series takes us on a journey through the Irish seasons, looking at the changes that sweep across Ireland’s habitats and the impacts on her wildlife as the year progresses.

Produced by Crossing the Line Productions for RTÉ (creators of the internationally acclaimed Wild Ireland and The Secret Life of The Shannon) and presented by passionate wildlife presenters Tara Shine, Rob Gandola and Eoin Warner the series takes a close look at some of our most spectacular natural events, and introduces a diverse range of people who’se livelihoods depend on the natural seasonal rhythms that are so much a part of Irish life.

You just never know what is around the next corner and finding hidden wildlife is always a thrill.