You are here: Home / Archives for Josepha Madigan 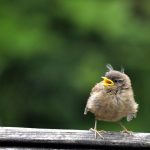 In the wake of yesterday's decision by Minister for Culture, Heritage and the Gaeltacht, Josepha Madigan, TD not to proceed with plans to extend hedgerow cutting into August, a newsletter landed in my inbox.It was from Birdwatch Ireland's Assistant Head of Policy and Advocacy, Oonagh Duggan.In it, Oonagh applauded the Minister's decision and highlighted the … END_OF_DOCUMENT_TOKEN_TO_BE_REPLACED

Minister for Culture Heritage and the Gaeltacht, Josepha Madigan TD has announced that she will not exercise her discretionary powers under the new Heritage Act to allow hedge-cutting to proceed in August this year.“Hedgerows are a very important wildlife habitat, providing food, shelter, corridors of movement, nest and hibernation sites for many of our native flora and … END_OF_DOCUMENT_TOKEN_TO_BE_REPLACED 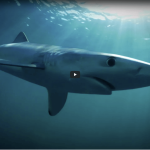 Ireland is home to some truly phenomenal wildlife.Our position on the western periphery of Europe, perched on the edge of the wild North Atlantic, makes this a truly special place. The essence of Ireland's natural heritage is encapsulated in this short video, compiled by Crossing The Line Films. It was screened during "New Horizon's For Nature", Ireland's first National … END_OF_DOCUMENT_TOKEN_TO_BE_REPLACED