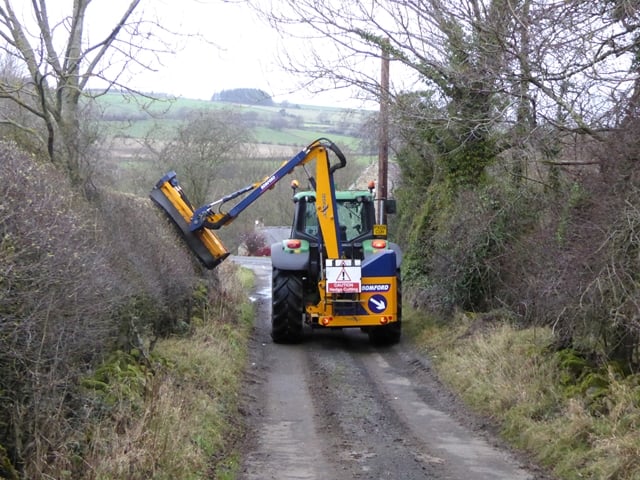 Minister for Culture Heritage and the Gaeltacht, Josepha Madigan TD has announced that she will not exercise her discretionary powers under the new Heritage Act to allow hedge-cutting to proceed in August this year.

“Hedgerows are a very important wildlife habitat, providing food, shelter, corridors of movement, nest and hibernation sites for many of our native flora and fauna,” acknowledged the minister.

“While the Heritage Act made provision to allow cutting of roadside hedges in August on a pilot basis, it’s clear from recent international and national studies including the IPBES Report, the UN Convention on Biological Diversity and the recent Irish Wetland Bird Survey that we need to provide greater protection to our nature and biodiversity.

“Hedges sustain nature and from March to August they protect nesting and breeding birds and wildlife. It would be wrong and would send out all the wrong signals to extend hedge cutting further into August this year,” she said.

Hedge cutting for road safety purposes will, as always, be allowed throughout the year.

The decision, which comes in the wake of the declaration of a Climate and Biodiversity Emergency by the Irish Government in May, has been welcomed by conservation groups.

“Today is a good day for nature in Ireland,” said Oonagh Duggan, Assistant Head of Policy and Advocacy with Birdwatch Ireland. “We are delighted that Minister Madigan has seen the light when it comes to the Heritage Act and that she has shelved changes to the laws on hedge-cutting.

“The Minister spoke strongly about the need to nurture nature and biodiversity, which is very welcome. Our hedgerows are unique features of the Irish landscape and symbolise the meeting of our natural and cultural heritage.”

Research by BirdWatch Ireland’s, the country’s largest wildlife and conservation NGO, shows the importance of hedgerows for late-nesting birds, with Yellowhammer under particular threat from early cutting. According to studies, 23 other species were still nesting well into August, and the latest recorded breeding date for Yellowhammers in 2018 was 24th September.