You are here: Home / Archives for national biodiversity data centre 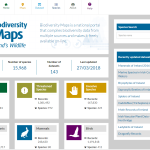 The National Biodiversity Data Centre (NBDC) has launched a major upgrade to its online data portal, Biodiversity Maps. The new system offers enhanced online access to the Centre's national repository of sightings data, consisting of more than four million verified records from multiple sources spanning almost 16,000 species.The system is free and open to all via the … END_OF_DOCUMENT_TOKEN_TO_BE_REPLACED 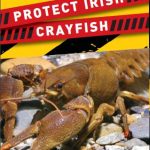 Authorities are urging water users on the River Suir to take precautions after confirmation of an outbreak of Crayfish Plague on the stretch of river downstream of Clonmel to Carrick-on-Suir in Tipperary.DNA analysis following the discovery of a large number of dead crayfish in the river earlier this month has confirmed Crayfish Plague as the cause. The fungal disease … END_OF_DOCUMENT_TOKEN_TO_BE_REPLACED 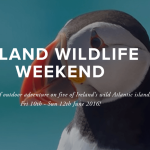 I'm off to the stunning Cape Clear Island off the coast of West Cork tomorrow to take part in Ireland's first ever Island Bioblitz.I was a member of the Bioblitz team at Glengarriff Woods Nature Reserve in 2012. It was a fantastic event and a great excuse to take time out and spend a whole weekend immersed in searching for wildlife in an acknowledged biodiversity … END_OF_DOCUMENT_TOKEN_TO_BE_REPLACED

A new island-wide plan to halt the decline in Ireland's bees and other pollinators was officially launched yesterday by the National Biodiversity Data Centre.Backed by by 68 governmental and non-governmental organisations across the Island of Ireland, the All-Ireland Pollinator Plan 2015-2020 identifies actions we can take on our farmland, public land and private land to … END_OF_DOCUMENT_TOKEN_TO_BE_REPLACED 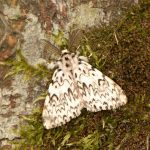 The National Biodiversity Data Centre announced on its Facebook Fan Page yesterday that it has received a record of a Black Arches moth (Lymantria monacha) from Camolin Woods in Co. Wexford. This is the first record of this species occurring in Ireland for 100 years. It was last recorded from a site in Glengarriff, Co. Cork in 1914.See the Facebook post below for more … END_OF_DOCUMENT_TOKEN_TO_BE_REPLACED