You are here: Home / Featured / Dying Out: Irish species on the brink of extinction 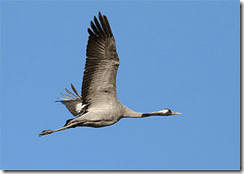 “To eradicate a species once is regrettable, but to allow it to disappear for a second time is simply irresponsible.”

Those are the words of John Murphy, Wildlife Expert and Director of Waxwing Wildlife Productions talking about our native Irish red squirrel. Decimated by habitat destruction and persecution, the red squirrel only survives in Ireland today, says Mr Murphy, thanks to re-introduction by the English. Now though, the species is once again threatened by the inexorable advance of the grey squirrel, an introduced North American interloper.

Now a new TV series by Waxwing Wildlife Productions called “Ag Dul in Éag” or “Dying Out” takes a look at threatened Irish wildlife, and recounts the fascinating stories of how some of Ireland’s most iconic species disappeared forever from our shores.

The series will be aired on TG4 from next Tuesday, the 08 November at 8pm (repeated on Sunday at 9pm). If you can’t wait, here’s a taster (if I can get the video embed code to work)…

“Ag Dul in Eag” from Waxwing Films on Vimeo.

“Some of our most interesting species have been decimated; whether centuries ago or in the past few hundred years,” said Mr Murphy. “The Wolf, the Wild Boar, the Eurasian Crane and the Brown Bear; were once plentiful in our woodlands, waterways and caves. Some were hunted to extinction either by directive or demand such as the Wolf and the Wild boar, whilst others fell prey to the clearance of our woodlands such as the Brown Bear, the Capercaille and the Red Squirrel.”

Mr Murphy explained that many other species like the Eel, the Little Tern and the Yellowhammer are currently clinging to a very tenuous existence on our island nation – their future hanging in a vary precarious balance that we control.

The six part series begins with the spectacular Eurasian Crane… a majestic and once familiar breeding bird in Ireland, but now seen only as a rare vagrant here.

It’s great to see home grown wildlife programming making it to our screens, and with such fascinating subject  matter it’s a series that promises to be well worth tuning in for.