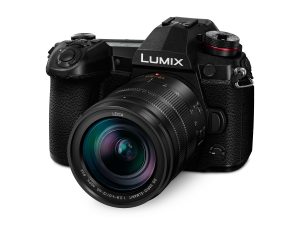 The Panasonic Lumix G9 supercedes the Lumix GH5 (which we recently tested for Ireland’s Wildlife — full review coming soon) at the top of the Lumix system camera range. Hailed by Panasonic as “The Ultimate outdoor and wildlife camera” the G9 represents a significant evolution of the GH5’s already impressive feature set. With enhanced image stabilisation (IS), autofocus and processing power, coupled with a 20.3 megapixel Live MOS sensor and new in-camera 80 megapixel equivalent High Resolution mode, the G9 delivers the highest image quality in the history of Lumix cameras.

UPDATE: reading around a bit it seems the Lumix GH5 remains as the flagship video offering in the Lumix G stable, with the Lumix G9 taking the top spot for stills photography. While both cameras are capable across both disciplines the GH5 is the better choice if you shoot mainly video, while the G9 is better for those shooting mainly stills.

The new in-body IS system allows for shooting at shutter speeds up to 6.5 stops slower than normal, and combines seamlessly with optical image stabilisation in compatible Lumix lenses to deliver a unique dual IS system that works for both still photography and 4K video, and facilitates shooting at extreme telephoto focal lengths or in low-light situations. The improved autofocus system uses Depth from Defocus (DFD) to deliver the fastest autofocus acquisition in the industry, and improved tracking means that your subject stays in focus no matter how quickly it’s moving across the frame.

With all the bells and whistles you’d expect from a professional grade DSLR, paired with a high performance super-telephoto lens the G9 could well live up to Panasonic’s claims and turn out to be the ultimate wildlife camera — but we’ll have to wait until early next year to find out.

The Panasonic LUMIX G9 will be available from January 2018 in three kit options:

And a new wildlife lens to match 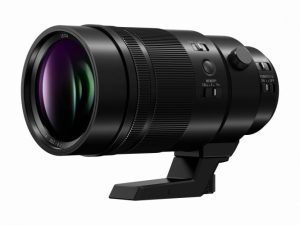 Aimed squarely at sports and wildlife photographers the new lens comes bundled with the DMW-TC14 1.4x teleconverter, which boosts its reach to the 35mm equivalent focal length of 560mm at f4, getting you even closer to the action. Add super-fast autofocus and next generation optical image stabilisation into the mix and you have a lens that promises to be ideal for wildlife photographers looking for a compact walkabout lens that doesn’t compromise on performance.

For more information check out the Lumix DC-G9 and Lumix H-ES200 product pages on the Panasonic UK website.