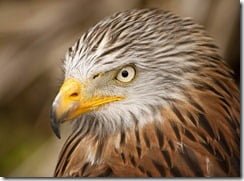 Minister for Arts, Heritage and the Gaeltacht Mr Jimmy Deenihan, expressed his “disgust” on hearing that illegal poisoning was suspected to be the cause of death.

The birds were among a total of 39 young red kites released in North Dublin earlier this year. While a full post mortem of the birds has yet to be completed, poisoning is being put forward as the most likely culprit.

“I am appalled when I hear of this type of behaviour. We have been working closely with the Golden Eagle Trust to maintain Ireland’s biodiversity, with widespread public support,” said Minister Deenihan.

“It is extremely disheartening to learn of this sort of activity when nothing can be gained from these types of actions. I can assure those taking part in such illegal and futile actions that they will become the target of the staff of the National Parks and Wildlife Service, and every effort will be made to establish and prosecute those responsible.”