You are here: Home / Archives for Irish Wildlife Trust 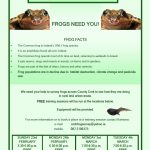 Frogs play an important role in our lives; they are great pest controllers in our gardens and on farms by eating slugs, worms and flies, while otters and herons rely on frogs to supplement their diets.Ireland has only one native frog species, the common frog, Rana temporaria. It is listed as an internationally important species and is protected under the Habitats  Directive … END_OF_DOCUMENT_TOKEN_TO_BE_REPLACED

Irish Wildlife, the membership magazine of the Irish Wildlife Trust (IWT), has won the "Customer Magazine of the Year" category in the prestigious Irish Magazine Awards 2013.Irish wildlife is a quarterly magazine that showcases wildlife, nature and conservation issues, feature articles and news from all over Ireland. Its unique blend of high quality editorial, contemporary … END_OF_DOCUMENT_TOKEN_TO_BE_REPLACED 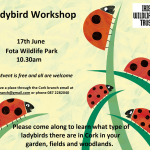 The Cork Branch of the Irish Wildlife Trust will be hosting a free Ladybird Workshop on Sunday the 17 June, 10:30am at the Fota Wildlife Park Education Centre near Cobh, Co. Cork. The event is free of charge and open to all. It will be led by Stephen McCormack and Paul Whelan. If you’ve ever wondered what kinds of ladybirds occur in your garden, what role Irish ladybirds play … END_OF_DOCUMENT_TOKEN_TO_BE_REPLACED 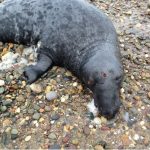 The Irish Wildlife Trust (IWT) is calling on the National Parks and Wildlife Service and Gardaí to launch a full investigation into the killing of seals in Co. Waterford. Two grey seals were discovered on Tuesday 21 February near Tramore, Co. Waterford with horrific gunshot wounds to the head. The suffering animals were euthanized humanely under veterinary supervision. Grey … END_OF_DOCUMENT_TOKEN_TO_BE_REPLACED 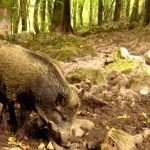 The Irish Wildlife Trust (IWT) has hit out at Invasive Species Ireland for the classification of the once native wild boar (Sus scrofa) as an official invasive species here. The move comes on the back of a number of sightings of boar around Ireland over recent years – most recently the case of a large boar shot in the Slieve Bloom Mountains. While the Trust acknowledges that … END_OF_DOCUMENT_TOKEN_TO_BE_REPLACED