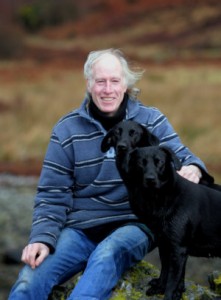 Terry Nutkins, the well known British wildlife TV presenter who brought some of the UK’s most iconic nature television to a generation of children, has died at the age of 66.

Nutkins was perhaps best known for shows like “Animal Magic” and “The Really Wild Show”, which he anchored alongside then-newcomers Chris Packham and Michaella Strachan of BBC Springwatch fame. His boundless enthusiasm for wildlife leapt off the screen, and inspired children to get out and enjoy wildlife and nature for themselves.

Tributes are pouring in for the the London born presenter, who died in his home in Scotland after losing a nine month battle with leukaemia.

Wildlife film-maker Simon King captured the sentiment perfectly when he said: “Terry was a fun, ebullient and enthusiastic naturalist. He expressed this through his work on television and through his conservation efforts.

“He had a great love of animals and will always be remembered for that.”

Here’s a video showing extracts from a BBC documentary with Terry Nutkins from 2011: