You are here: Home / Wild Blog / #IWOnTour / Koalas: the cute and cuddly face of Aussie wildlife (but only when they’re asleep) 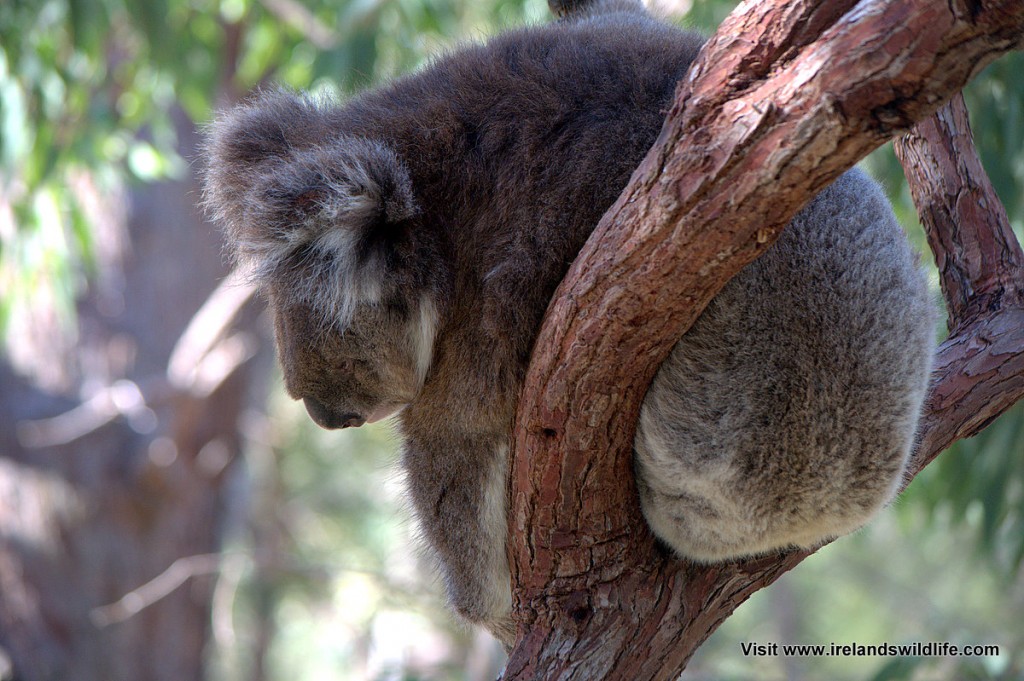 We’d been in Australia for a fortnight. While we’d seen some amazing wildlife, including kangaroos, dolphins and some amazing bird life, the closest we’d come to seeing a koala was the cuddly toys at the local souvenir shop. That’s hardly surprising — because its an east coast species that doesn’t occur in Western Australia. 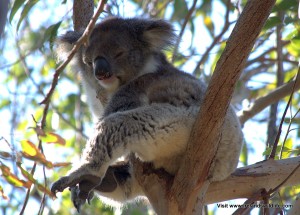 So imagine my surprise when we stopped off at Yanchep National Park for a picnic lunch to find a custom-built 240m koala boardwalk allowing us to get close up views of this iconic Australian marsupial. Granted these aren’t truly wild koalas and are contained within the boardwalk habitat (I suspect they are orphaned / rehabilitated animals sent from other parts of Australia — or perhaps part of a captive breeding programme to bolster the wild population back east — although there wasn’t much information available on their origin), but they were doing pretty much what wild koalas do. They were all fast asleep. Aside from the occasional stretch and yawn there was very little activity — they were essentially just like those cuddly toys in the souvenir shop.

But appearances can be very deceptive. When they’re awake for a few short hours at night koalas can be cantankerous little so-and-sos.

Loch McNess — I kid you not

After a good look at the sleepy koalas we made our way down to the lake which, in typical Aussie fashion, has been dubbed Loch McNess. As always in Australia public picnic and barbecue facilities were everywhere, so we sat at a table near the lake and tucked into our lunch.

That was when I spotted the Australian hobby hawking dragonflies over the lake — not to mention all the other birdlife. There were all sorts of ducks and water birds. White-necked herons hunted along the shore line, purple swamp hens patrolled the reed beds and black winged stilts hunted invertebrates in the shallows.

Suddenly the ducks took panicked flight. I looked up to see a swamp harrier patrolling over the reeds — a magnificent bird.

Unfortunately this was just a quick lunch stop and we didn’t have time to properly explore the trails of Yanchep — not to mention its extensive cave system. But based on this brief encounter it’s a wonderful place… one we’ll certainly be visiting again on our way back to Perth.