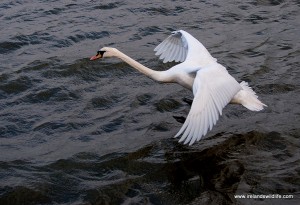 An investigation has been launched by authorities following the discovery of 32 dead mute swans at a lake in Co. Donegal.

Conservation rangers recovered the birds earlier this week from New Lake in Dunfanaghy, which is a Natura 2000 “Special Protection Area” (SPA) under the EU Directive on the Conservation of Wild Birds. Reports suggest that many of the birds had been dead for some time. So far there is no information about the cause of death, but poisoning, water pollution and a possible form of avian flu have not been ruled out.

A spokesperson from the Department of Agriculture, Food and the Marine has confirmed that samples from the dead birds and from the lake have been forwarded to the department’s laboratory in Co Sligo for further analysis. Results are expected in 10-14 days.

Members of the public are being advised to contact the National Parks and Wildlife Service if they come across sick or dead swans.