You are here: Home / Wild Blog / Miscellaneous / Look out for: oil beetles

A recent post to the Ireland’s Wildlife page on Facebook (you can like it here… if you don’t already 🙂 ) reminded me of an encounter I had with what has to be one of our most curious looking groups of insects.

It was back in April 2008, when my family and I were spending a weekend in Glengarriff, Co. Cork. We were staying in a cottage right in the middle of Glengarriff Woods Nature Reserve — a fantastic location just teeming with wildlife (I’d definitely recommend a visit if you’re in the south-west). We encountered all sorts of amazing things during the weekend — but the species that stands out in my mind was the wonderful violet oil beetle (Meloe violaceus).

NB. I identified the beetles as violet oil beetles later, from the photographs. At the time I didn’t have a clue what they were, and looking at the photos again now I’m still not 100% sure they’re not particularly iridescent black oil beetles (Meloe proscarabaeus). Indecision and self doubt are all part and parcel of the joys of invertebrate identification. You know, deep down, that what you’re looking at could ALWAYS turn out to be something else. 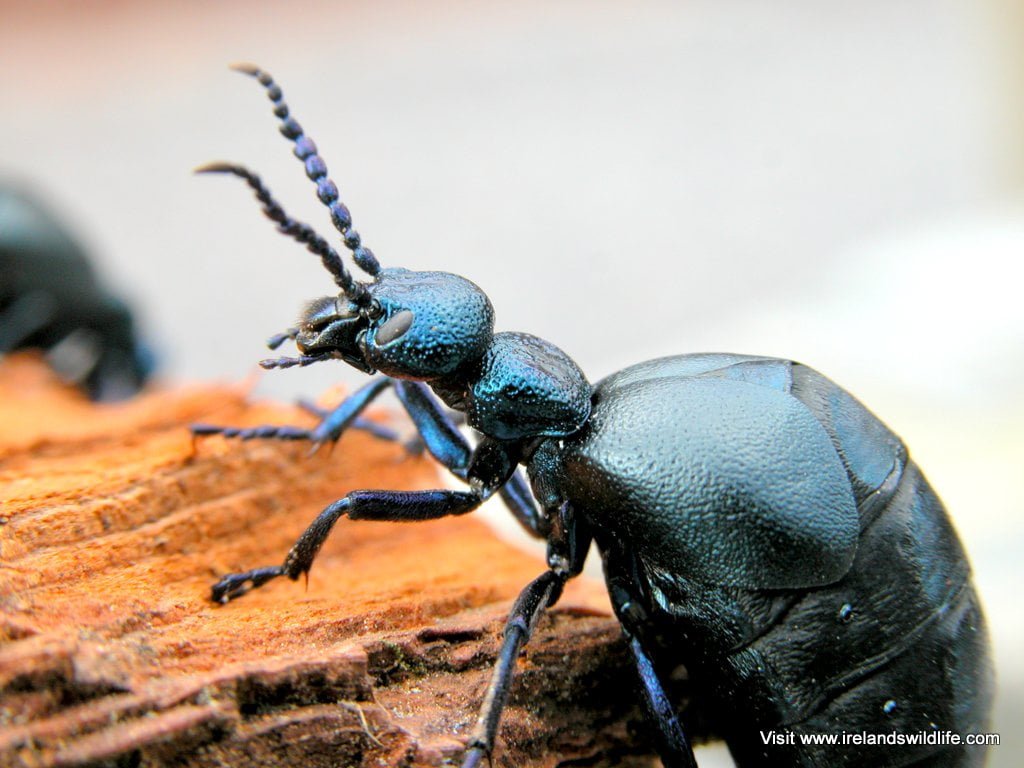 Anyway… where was I. Oh yes, oil beetles.

Oil beetles have a fascinating and somewhat bizarre parasitic life-cycle. In late spring females lay their eggs in a burrow close to colonies of ground-nesting solitary bees. When the oil beetle larvae hatch they make their way onto nearby flowers and await the arrival of a passing pollinator. When a bee arrives at the flower the oil beetle larvae (known as a tringulin at this stage of the life cycle) attaches itself to the visitor and gets a free ride back to the host’s nest.

Of course many of them attach themselves to the wrong kind of host insect and ultimately perish — but enough make it to the burrow of the right kind of solitary bee, where they transform into a grub like larva and start munching their way through the hapless bee’s pollen stores, eggs and young. Eventually the larvae pupate in the host’s burrow and emerge as adult beetles the following spring to repeat the cycle over again.

Nature in our own back-yard really is as astonishing as anything you’ll see in the tropical rainforest or African savannah — you just have to look a bit harder to see it. 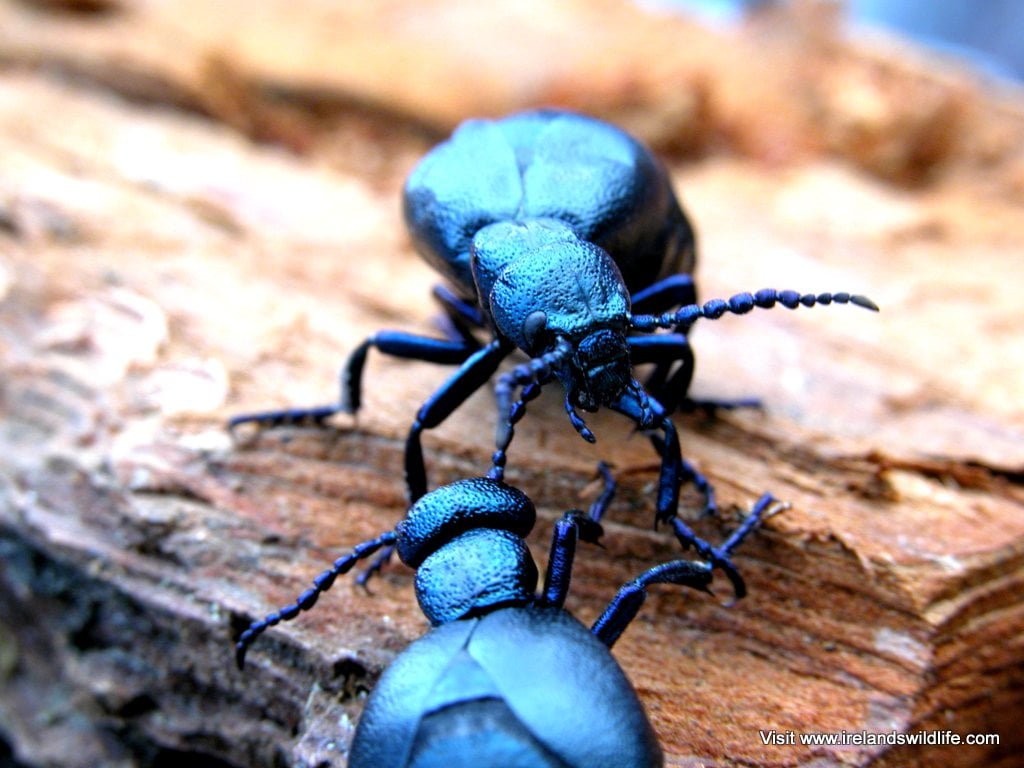