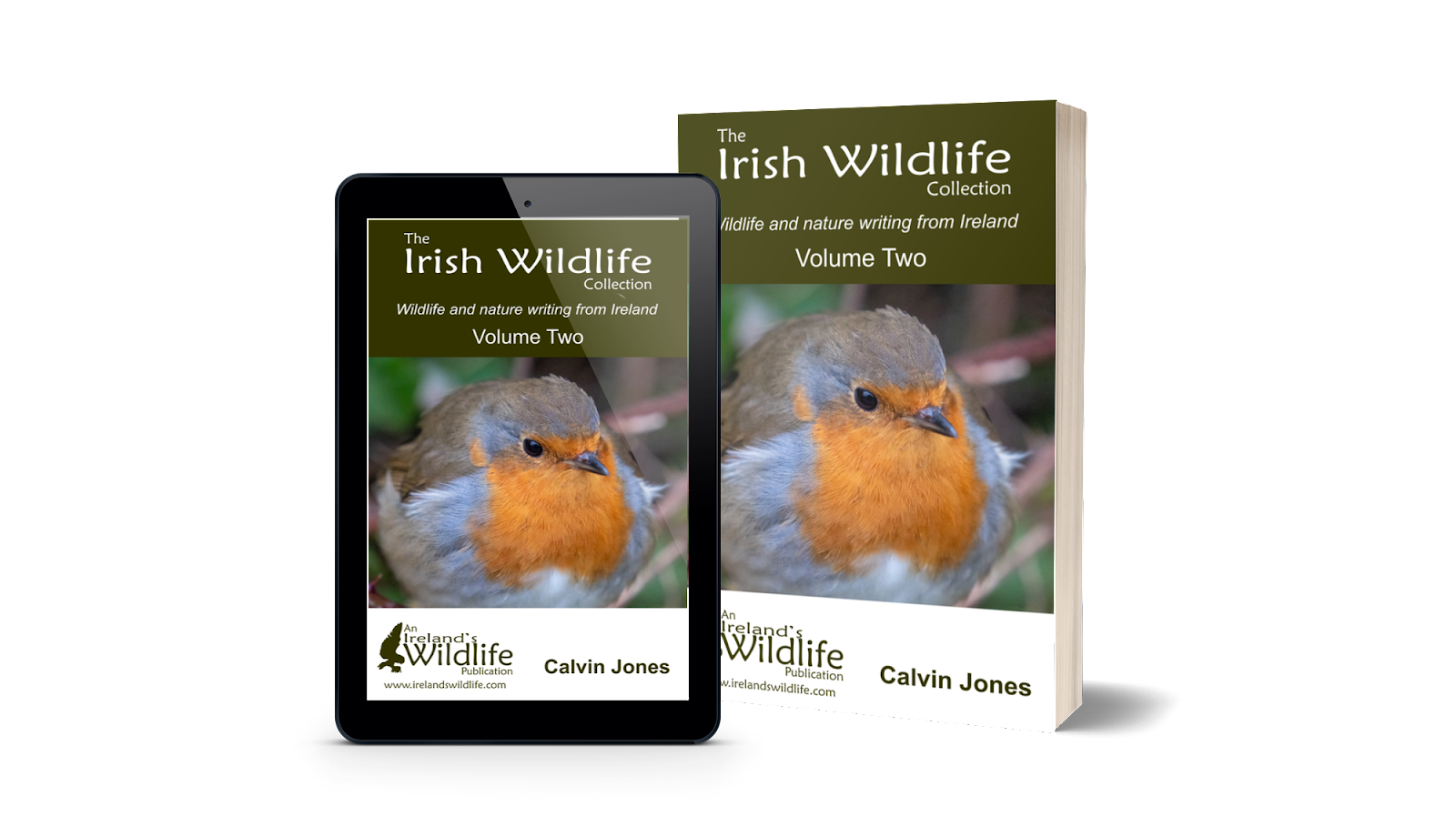 Like it’s predecessor, “The Irish Wildlife Collection: Volume Two”  features articles, species profiles and features that put the spotlight firmly on Irish wildlife and the wonders of the natural world around us.

“My popular Irish wildlife species profiles have been running weekly on the back page of Ireland’s Own magazine for more than 15 years now,” said Calvin. “Over that time I’ve had plenty of requests from readers asking for a collection of these profiles in book form. That’s how The Irish Wildlife Collection came about. I published Volume One in 2017, and I’m delighted to make Volume Two available now.”

Along with the species profiles, the collection also contains selected wildlife and nature writing previously featured in high profile national, international and online publications like BBC Wildlife Magazine, The Irish Independent, The Countryman, The Irish Examiner and Wild Ireland, among others.

When he’s not writing about wildlife for the Ireland’s Wildlife website and other online and offline publications, Calvin runs guided wildlife holidays, short breaks and custom wildlife tours on the West Cork Coast (www.wildlifetours.ie).

“We have some incredible wildlife here in Ireland… my job is sharing the wonder of that wildlife with as many people as I can. I try to do that through my writing, and through the guided wildlife experiences on offer through Ireland’s Wildlife Tours. I hope these books play can play a small part in helping readers re-connect with the natural world around them.”

Published by Ireland’s Wildlife, “The Irish Wildlife Collection: Volume Two” is available now through Amazon, as a Kindle eBook and paperback. It will be available through other channels soon. 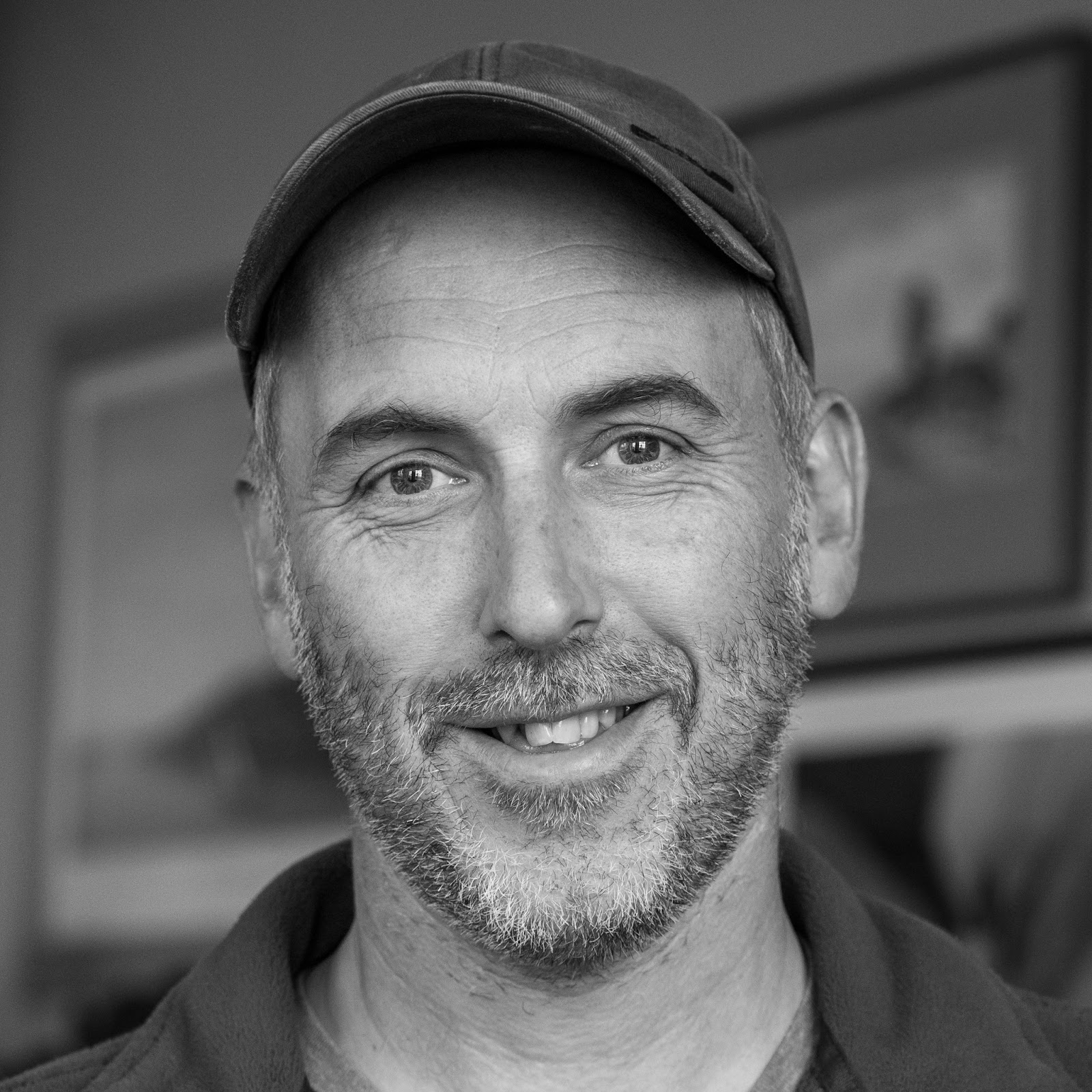 He is the bestselling co-author of the highly acclaimed business books “Understanding Digital Marketing” and “The Best Digital Marketing Campaigns in the World” both published by Kogan Page, but wildlife has always been his true passion.

Calvin launched Ireland’s Wildlife (www.irelandswildlife.com) in 2009 to share his lifelong passion for nature with others, raise the profile of Irish wildlife in Ireland and around the world, and to encourage more people to engage with the natural world around them. In 2018 he teamed up with ecologist and birder Colin Barton to launch a dedicated wildlife tourism division, Ireland’s Wildlife Tours (www.wildlifetours.ie), offering weekend, 4 day and 6 day guided wildlife breaks on Ireland’s spectacular south coast. Since 2013 he has been visiting primary schools around County Cork as a specialist on the Heritage in Schools scheme, sharing his passion for wildlife with a new generation of budding wildlife enthusiasts.

Originally from the North Wales coast, Calvin now lives in an old schoolhouse in rural West Cork, Ireland with his wife, three daughters, four chickens and an irritatingly self-assured cockerel.

Living in the country was supposed to be peaceful, but so far it’s not working out that way…

Ireland’s Wildlife was launched in 2009 as an online hub for wildlife and nature content covering the island of Ireland. It has grown to become Ireland’s leading online wildlife and nature destination, with an eclectic mix of content including feature articles, news, how-to’s, product reviews, blog posts and much more.

The primary aim of the site is to foster a broader understanding of and love for Irish wildlife and to encourage people to get closer to the wild side of Ireland. An extension of that aim led to the creation of guided wildlife experiences on the West Cork stretch of Ireland’s Wild Atlantic Way, and to the formation of a dedicated wildlife tourism division, Ireland’s Wildlife Tours.

Find out more about the site, and sample some of the content on www.irelandswildlife.com.