You are here: Home / Featured / Welcome to the jungle; it’s closer than you think 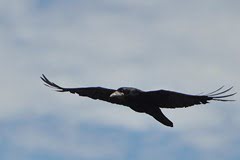 There’s nothing like getting out into the wilds and experiencing nature first hand, raw and unspoilt. Here in Ireland we’re fortunate to have some fantastic wild places, and no matter where you live nature is never far away.

That said, there are times when even the most ardent nature fanatic has to stay indoors. Life’s incessant demands and the vagaries of the Irish climate conspire to make it impractical or impossible to venture out. Time then to turn on the telly!

Television is, by and large, a poor substitute for being outdoors and active, but a well crafted wildlife documentary has a lot going for it. It’s television that entertains and informs in equal measure, and that’s a quality that eludes most programmes these days. In a world obsessed with the unreal antics of reality television, it’s refreshing to get a dose of authenticity now and again: something that provokes cognitive thought and wows you at the same time.

The best natural history programmes do all of that, and more.

They’re also a brilliant way to nurture children’s innate curiosity about wildlife, kindle an interest in nature that can last a lifetime and spend some quality family time together. When I switch on a wildlife programme everybody sits down to watch; few other topics can boast such generation-spanning appeal.

Last week we were watching Earthflight…. the BBCs latest wildlife extravaganza, turning the focus this time on the lives of the world’s astonishing variety of birds. One scene featured a mob of vultures descending on a fresh tiger kill in an Indian national park. The gory detail, captured in high definition glory by the best wildlife cameramen in the business, was at once both gruesome and fascinating. The kids loved it. 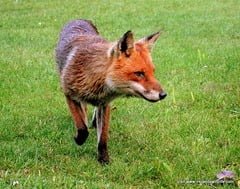 The next day I was driving to the supermarket when I spotted some rooks plunging their heads repeatedly into the carcass of a dead fox. It dawned on me that I was witnessing the scene from the telly the night before, this time playing out “live” on the verge of an Irish road. The tiger in this instance was an unidentified vehicle, the “kill” was the unfortunate fox, and the opportunistic vultures were in fact Ireland’s most common crow species… but what was happening was fundamentally the same.

TV wildlife documentaries bring you up-close-and-personal views of jaw-dropping natural phenomena from far flung corners of the globe. But take a closer look, apply a little lateral thinking, and you’ll often find very similar dramas unfolding just outside your door. The same struggle for survival, the same live-and-let-die competition for limited resources: it’s all there.

Your back garden, the ivy strewn wall in your local park, even that ever-so-slightly-neglected window-box you never quite get around to tidying — all of them, in their own way, are a hotbed of natural conflict and drama. It may not be the Serengeti or the Amazon, but there are hunters and hunted, grazers, carnivores, scavengers and more. Every conceivable variation in habitat is occupied and exploited to the max by a plant, animal or fungus uniquely adapted to making the most of a very specific set of environmental conditions.
The animals and plants that surround us every day live and die by the same rules that apply to the exotic species that routinely grace our TV screens. Nature… whether it’s half way around the world or just around the corner… is truly amazing!