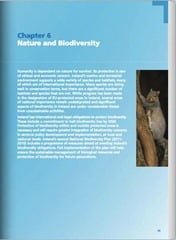 I read the press release, scanned through the main points with interest, and went straight for my main area of interest, Chapter 6, Nature and Biodiversity… I was greeted by a merlin, hawthorn blossom (I think… not great at trees) and… a grey squirrel!

It’s hard to imagine that the EPA would knowingly use a photograph of an invasive alien species to illustrate such an iconic report. Grey squirrels are not native to Ireland. It’s an American species that was introduced intentionally in the early 20th century. It’s spread across the country represents a major threat to our native red squirrel population, and the species makes Invasive Species Ireland’s “Most Unwanted” list of aliens.

On one level this is a careless mistake… human error. After all, it’s the information in the report that matters, right… not the aesthetics? Perhaps the EPA compiled the text of the report, then handed it over to a design agency for the required embellishment: layout, typography, illustrations and the like. But surely someone at the EPA had to sign off on the document before it was approved for launch.

However it happened, it’s sloppy… and the lack of attention to detail ultimately erodes the authority of the work as a whole. It makes you wonder what else may be wrong.

The EPA is in good company here when it comes to getting their native wildlife wrong. In 2011 Failté Ireland released a video promoting Ireland as a tourist destination. Around 2 minutes 15 seconds in it features whale-watchers witnessing a whale breaching. There’s nothing wrong with that – you absolutely can encounter whales breaching around the Irish coast. Except that the whale in the video is a southern right whale – an animal that doesn’t even occur in this hemisphere.

Before the pedants out there start scouring the articles on this site in a bid to expose errors, let me put my hands up right now and say that yes, there are bound to be mistakes here. Overlooked typos, mis-spellings and perhaps the occasional out-dated fact.

But this is different. I think it’s fair for us to expect our state agencies to know that a squirrel is not just a squirrel, that a whale is not just a whale, and for them to take a little more care in the public presentation of their work. 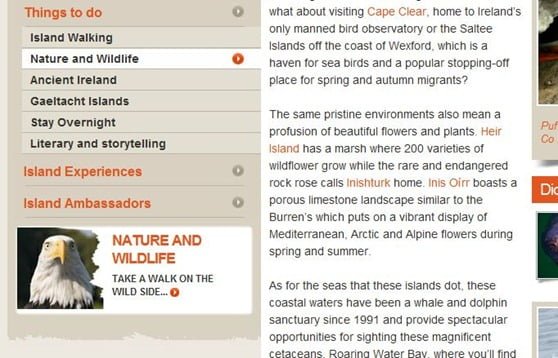 Seriously lads… you need to up your game!