You are here: Home / Features / Feature Articles / Yellowstone: like no other place on earth

The fulfilment of a long held ambition to visit Yellowstone National Park began on October 18th when we arrived in Gardiner, Montana, close to Yellowstone’s north entrance. The previous three weeks had been spent biting our nails hoping that the US Government would agree to end the shutdown and with that re-open Yellowstone. This happened late on October 16th so we could finally look forward to our long awaited trip. 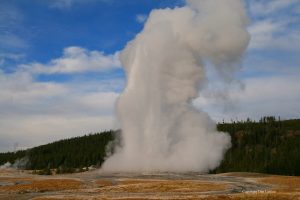 Heading to the park on our first morning we passed through the gateway town of Gardiner and got our first indication of what was in store as we watched elk strolling down the main street and feeding in local gardens. The northern entrance is in South Western Montana but you soon cross into Wyoming about a mile inside the park. Getting our bearings on the first day it soon became clear that even without the park’s abundant wildlife, its scenery, geysers, hot springs, mudpots, and fumaroles alone merited National Park status. The majority of the world’s geysers are located in the Old Faithful area of the park and it seems there is a different geological wonder around every corner. But it was the park’s wildlife we had come to see and it certainly didn’t disappoint.

Most of the park sits at least 6000ft above sea level with its mountains soaring to nearly 11,000ft. These peaks and the huge valleys in between provide a range of habitats for the huge variety of wildlife in the Park.

The Bison and Elk herds are probably the most visible of the wildlife. We visited as the elk rut was coming to an end but some of the huge bull elks were still in the Mammoth area watching over their harems. Other bulls had headed to meadows high above the valleys where they hung around in loose bachelor groups resting up after the exertions of the rut. Depending on the time of year, between 5,000 and 20,000 elk roam the park A scan, with a scope, of the meadows high up above the valleys picked out these bachelor groups. If we could see them then wolves and grizzlies could see them too and the exertions of the rut coupled with the bitterly cold winter to come would make them weak and prime targets for the Park’s bigger predators. 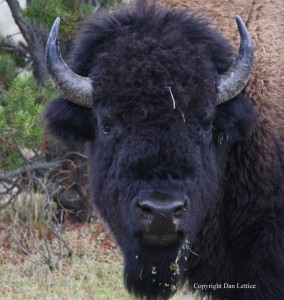 The American Bison, an animal that nearly became extinct in the early 20th Century is now thriving in Yellowstone. In 1902 as little as two dozen remained in the park but now at least 3000 animals roam the park although the population fluctuates. Bison can be seen pretty much anywhere in the park and are an impressive sight. Bison jam’s, rather like our rural cow traffic jams, are a common occurrence in the park but the bison are a hell of a lot bigger than our dairy cows. The bison and elk cause more human injuries in the park than any other animals and locals told us about one particular infamous bull elk in Mammoth who was to be given a very wide berth, for reasons that became obvious when we saw how big he was and his general demeanour.

While elk, bison and other ungulates such as pronghorn antelopes, mule deer and white tailed deer can generally be seen while driving around the park, other animals are somewhat more elusive. Yes, you can be lucky and a wolf or bear can walk out in front of you but it usually requires some effort. Using a spotting scope or binoculars to scan valley floors, mountain meadows and woodland clearings may work in many cases and we found plenty of elk, bison and the odd coyote this way but as with all visits to unfamiliar areas local knowledge was invaluable. We hiked on our second day with a local guide in an area well known for grizzly bear activity. Equipped with our bear spray, just in case, we headed off for a thoroughly enjoyable afternoon in complete wilderness. It was the first time that I felt the complete wildness of the park. We found bear scat and evidence of a bear ‘marking’ a tree. We came across relatively fresh wolf tracks in the mud and had a bald eagle take a detour from his journey and check us out for a minute or two, and we negotiated a couple of nervous herds of Bison along the trail.

On the way home that day, elated and distracted after the experience of hiking in true wilderness for the first time, all of a sudden we came across a guy with a scope by the side of the road scanning the clearing in front of him. After disembarking the vehicle faster than I’ve ever left a car before, expecting to see a bear in the clearing I experienced probably the most emotional wildlife experience of my life. There, sleeping in the clearing in front of us, was a wild wolf. Almost completely white she was identified by the guide as the Alpha female of the Canyon wolf pack. I have read extensively about wolves and in particular the wolves of Yellowstone and travelling there I was fairly confident we would see wolves but I never expected to see one so close. She was about 200 yards from where we stood, masked at times by steam from a nearby hot spring. Having read so much about wolves and watched so much footage of them I felt extremely privileged to stand there and finally watch one for real, in the wild. 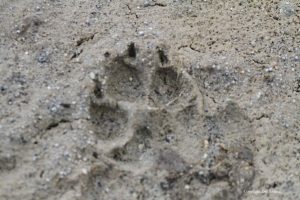 Over the next few days we spent a lot of time in the wildlife rich Lamar and Hayden Valleys. With the help of a few local wolf watchers, who were an extremely generous with their time and knowledge, we found the Junction Butte wolf pack near the superbly named Hellroaring Creek. They had made their way to an area jam packed with elk and as we watched from the opposite hillside there were certainly hundreds of elk in the area. What played out over the next two days was like something straight off the Discovery Channel. We found them the following morning trying to wrestle back an elk kill from a big grizzly with another grizzly nearby looking for a piece of the action. That evening, when the grizzly had finally run them off the carcass they dusted themselves off and we watched them hunt elk on two separate occasions. They didn’t manage to make a kill but the sight of the pack, 3 black and 6 grey wolves, rounding up and chasing the elk was amazing.

We also had the pleasure, albeit brief, of hearing wolves howling in the Hayden Valley. As soon as the howls went up, ourselves and the other wolf watchers there at the time jumped in our cars and took off over the hill in their direction but we never saw the wolves. 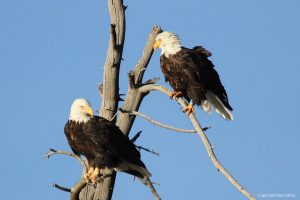 Other highlights over the last few days included bighorn sheep, high on the rocky terrain near the northern entrance, a solitary mountain goat on what seemed to be a vertical cliff near Barronette peak in the north east of the park, a pair of bald eagles perched near the Madison River, ground squirrels, coyotes and many other birds including grey jays, a red tailed hawk, a very peculiar looking robin and probably the biggest ravens I’ve seen anywhere in the world. On the very last day we had yet another treat when, on advice from a local, we headed to the very north east of the park to search for a grizzly that had been sighted a few times feeding very close to the road. Our luck was in and we found him searching under rocks for insects which would fill him up before his winter hibernation. For the last few hours, before leaving the Yellowstone area to catch our flight, we sat and quietly watched him as he went about his business about 150 yards away.

Author and photographer David Petersen describes Yellowstone as “like no other place on earth” and I agree. A wonderful, wild, gem, where wildlife is left untouched and unhindered to self regulate. We will most certainly be back. 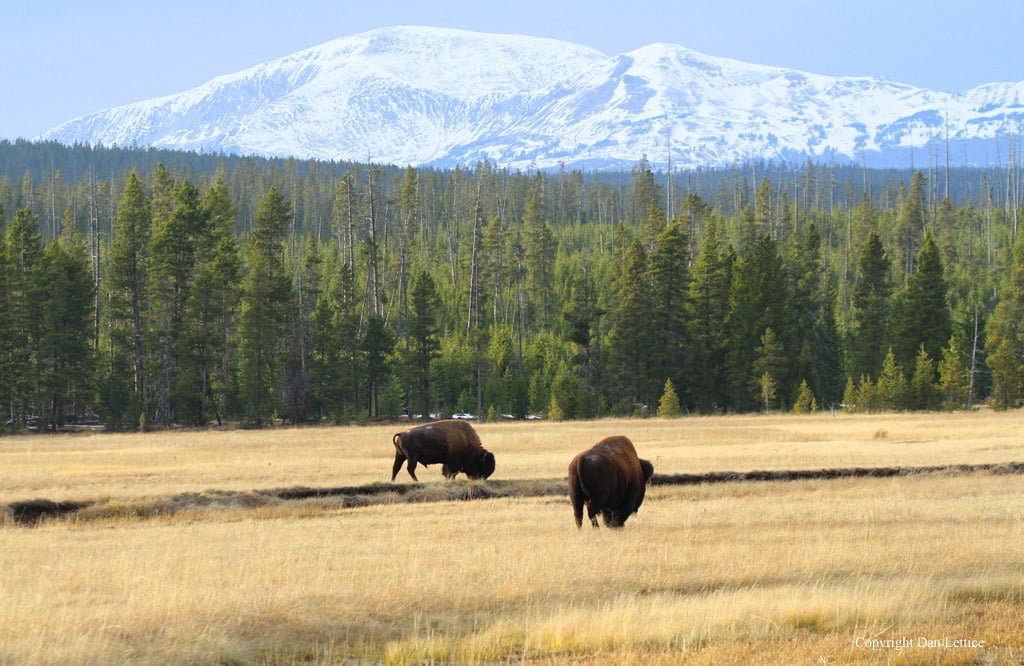 Dan Lettice is an amateur wildlife and sports photographer based in West Cork. He enjoys writing about wildlife and conservation matters and has a particular love for large mammals and marine megafauna. He can be contacted for feedback, questions or debate on [email protected]