You are here: Home / Wild Blog / Miscellaneous / Autumn is on the way… no really! 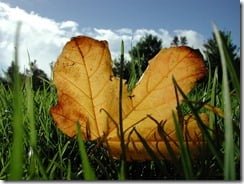 I’m not sure what the collective noun is for a congregation of tits… but a “clamouring” would be a particularly apt one. A mixed flock of the tiny birds descended on a friend’s garden yesterday, causing an almighty commotion in a young ash tree.

There were blue tits, great tits, coal tits and several long tailed tits in the mix. They were all jostling for prime spots as they foraged for insects amongst the foliage. From a distance it looked like the canopy had come alive.

A closer look revealed that the majority of the birds were juveniles… this year’s young left to fend for themselves by mum and dad, banding together, presumably, through some innate sense that there’s safety in numbers. There were a few adult birds with them… but by and large the flock consisted of youngsters.

As autumn approaches young tits tend to congregate into mixed flocks like this to forage for food. It’s lovely to see them, and heralds an upswing in bird activity after a post-breeding lull. But the first part of that last sentence worries me. “As autumn approaches”. But wait… what happened to the summer?

Swallows are wheeling overhead constantly, feeding furiously as they build up their strength for the long journey ahead. They too are congregating. … gathering on wires, arguing noisily as they hoover up insects on the wing. Everywhere you look you’ll see harbingers of the impending change of season. On the Ireland’s wildlife page on Facebook members have already started to post photographs of fungi… fungi-hunting…that’s another autumn-centric activity, right?

But I’m not ready for Autumn yet. We haven’t had enough sunshine, have hardly been to the beach, and there’s so much summer wildlife I still want to get out there and enjoy. Seasons are fantastic… they punctuate our wildlife year with dramatic change, adding variety to our wildlife viewing opportunities and giving us different things to look forward to as we roll through the calendar.

Autumn, I have to say, is a particular favourite of mine, and yes, I am looking forward to it. It’s just that I’m quite happy to keep looking forward to it for a little while longer. So please… pretty please… with a cherry on top… can we have our summer now… before the swallows leave and the days get shorter?