You are here: Home / Featured / Hidden lives among the headstones

New contributor Albert Nolan takes us on a tour of his local graveyard, and discovers a haven for wildlife in the heart of Limerick City (CJ).

When you think of wildlife habitats what springs to mind? Perhaps a field hedgerow full of berries and birdsong or wetlands where children come to get their first fragile look at nature and feed the bulging ducks. One of my favourite haunts is graveyards and although this is a world of stone and memories, life stirs in every corner.

Recently I paid the graveyard a visit, to fulfill a childhood dream of exploring this unique habitat. As long as I can remember I was curious as to what lurked behind the high boundary walls, and also a touch nervous, a feeling that made me cower deeper into my seat as I passed in my parents’ car.

My first impression of “The Mount” is of the large copper beech tree that looms high over the wall and is visible as you approach the graveyard. Flocks of jackdaws and starlings use this prominent landmark for roosting. From a human perspective trees age and grow in a timeless fashion, and to me it hasn’t changed one bit in over 30 years. I trace the line of the wall and enter through the main entrance. It is made of beautiful cut stone with wall rue and narrow-leaved willow herb growing on it. 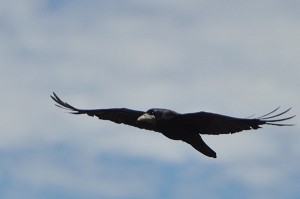 A rook lands on the wall and greets me harshly. This is not the welcome I was expecting. Thankfully I’m not that superstitious, but I do have a very active imagination, which doesn’t help in these situations. Rooks are the quintessential “Irish crows” a name we tend to give all large black birds. They are highly intelligent and forage in the leaf litter between the graves for grubs. They nest in the tall pine trees in the graveyard, and are often associated with death. I clap my hands to scare him off and he disappears with a withering look.

A beautiful silver birch tree is growing nearby and its bark shimmers in the midday light. I move slowly along the path marveling at the endless sweep of names and the stories they could tell. The smallest of creatures are often the most important as they form the base of the food chain. Looking for them demands a change of pace and trees are an excellent place to start. I stand under one and slowly examine the underside of the leaves with a bug-pot at the ready. A micro moth takes flight suddenly, but moves too quickly for me to follow.

Some of the leaves are curled up and I gently unwrap them and find a neat parcel of spiders eggs wrapped up inside. In another there is an earwig, and I presume he was having his high protein lunch. They don’t crawl into your ear and even though they have a fierce appearance are harmless to people. Large purple eyes belonging to a fly watch me for a few seconds but disappearing into the branches. I peel back some bark and find armour-plated woodlice resting underneath. All of these mini beasts recycle trapped nutrients in leaves and branches making it available to other plants and are also food for birds. Secretive goldcrests are singing overhead and their song mingles with the harsh calls of a pair of Magpies. 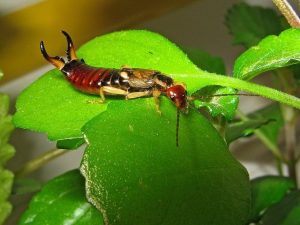 The beech trees are fantastic and they are easily as old as the graveyard. There are aphids on the leaves and ants have formed a unique relationship with them. When they are feeding they exude a sweet sticky substance called honeydew, which the ants harvest. In return the ants protect their “flock” of aphids from predators. Old names and a worn heart are carved deep into the trunk, and I wonder if the young lovers are buried somewhere within the grounds. This natural graffiti is an integral part of the social history of the graveyard and would make a very interesting study for some enterprising student.

Some of the trees have been removed but their stumps have been left. They are covered in bracket fungi and dozens of tiny holes from different species of wood boring insects. Decaying timber is an important habitat for wildlife and I am delighted that they have been left to natures recycling team. On top of the tallest tree a hooded crow is keeping a wary eye on me.

The long wall bordering the hospital is covered in ivy. This is a fabulous plant for wildlife. Birds nest in its dense tangle of branches and hard black berries are produced during the lean winter months. A harvestman is skimming over the leaves. These curious invertebrates look like spiders, but aren’t actually spiders at all — they’re a unique group of animals known as opiliones. At night they gather together in a jumbled ball of legs and bodies. In the trees above the wall I can hear long tailed tits and a blackbird singing. I find only one flower, a sow thistle and it has the nymph of a common leaf hopper on it, cocooned in “cuckoo spit”. 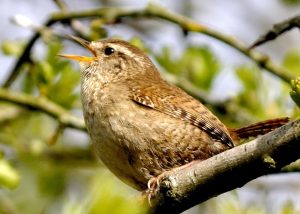 A woodpigeon breaks cover noisily and flies into a tall tree. These are typically countryside birds but have adapted to city life and can be found in graveyards where they feast on the ivy berries. The sound of a train draws me towards the back wall. Railway lines are important green corridors allowing wildlife safe passage into our urban landscape. There is a wild tangle of brambles and trees along the outside of the back wall and this is one of the richest areas in Mount St Lawrence. I hear a wren singing and this is an ideal nesting location for them.

Like our gardens walls have varying conditions. Some areas are wet, shaded or dry and different plants exploit their own niche. Lepraria lobifionis (sorry no English name) is a delicate green lichen that likes damp patches. A useful identification aid is to scratch a small piece and it you see white you have the correct species.

Brambles have large white flowers and they are full of insects. Hoverflies buzz and hover and their yellow/black colour mimic real wasps are gives them a measure of protection. Smart spiders have built their webs here and they are full of hapless flies. Bumblebees are busy collecting nectar. Their alarming decline has received national media attention, and graveyards, with their undisturbed quite corners, have become a very important refuge in the fight to conserve them.

A large fly catches my attention, and I later find out it is Volucella pebucens a species I had never seen before. Chaffinches are calling and as I stroll along I disturb a small group foraging for insects and seeds in last years leaf litter. A brief shower forces me to seek shelter and I press deep into the base of a tree. I keep perfectly still and let nature come to me.

A male blackbird comes hopping along and does not see me until the last moment. He pauses and freezes for several seconds before disappearing around a tall headstone. An old cherry blossom tree is growing by the edge of the path. Greenfinches are hunting for insects and almost hidden by the leaves a pair of collared doves is waiting, like me, for the rain to disperse.

After a few minuets it is safe to continue and the sun comes out again. Green veined white butterflies take flight and flutter like white angels between the hard and angular headstones.

I pass beneath the rookery and the path is littered with sticks from their earlier nesting attempts. The nests are still visible and are often reused. They can reach epic proportions and are frequently blown down by winter gales. There’s a scattering of rabbit droppings on some of the paths. Later I meet one of the caretakers and he explains that you can see rabbits in the morning and that they come in through the side gate. There is no evidence that they build their burrows in the grounds however. 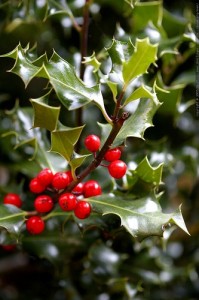 The front entrance looms all too soon and I pause by a holly tree for a last forage. An elderberry bush is its companion and they both produce berries for birds. A male great tit gives a brief burst of song and this signals the end of my visit. Although my walk lasted only a few hours it uncovered some of the wealth of wildlife found here but there are endless discovers to be made and this would make an ideal project for the tidy towns committee or local schools.

For example the beech trees are starting to come to the end of their lives and old trees like these are now extremely rare in Limerick city and in the wider countryside. Seed could be gathered in the autumn by kids and sown in pots. These would take a hundred years to mature so they are sowing for their grandchildren. A night-time survey would reveal what species of bats and moths are present and bird boxes could be erected in the trees. In secluded sunny areas flowers could be grown for bumblebees, helping to conserve them.

Graveyards are interesting for many reasons and the wildlife they contain should feature prominently in how they are managed, for the living as well as the dead.