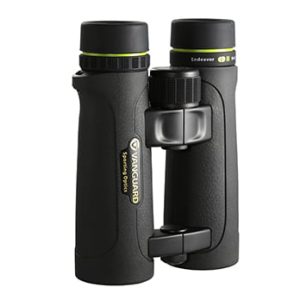 Vanguard is bolstering its range of high-performance sports optics with a new flagship binocular model. The Vanguard Endeavor EDII is an upgrade to the Chinese manufacturer’s already impressive Endeavor ED. On the face of things the EDII looks very similar to its sibling, but utilises premium optical components that promise to deliver even better performance.

The main differences highlighted by Vanguard are the use of premium grade Japanese extra low dispersion glass in the optical system and the new Premium Lifetime Warranty they offer with the new binocular range.

Vanguard is already building a reputation for delivering superb optical performance at a budget price point, and with an RRP of GB£349.99 for the 8×32 model and GB£449.99 for the 8×42 and 10×42 models the price is definitely right if they can deliver on the performance side of the equation.

Hands on with the Endeavor EDII 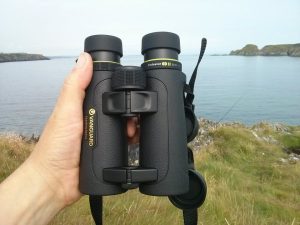 The official European launch of the Endeavor EDII is Friday 15 August — but I’ve been lucky enough to get my hands on an 8×42 review pair that I’ve been using for a couple of weeks now.  In fact I’m using it as my main binocular during a 4 month trip of Australia and Southeast Asia, and will be writing up a full review of the binocular in due course.

First impressions are very good. The new model is noticeably heavier than the earlier Endeavor ED (which I think is going to stay in the Vanguard range rather than be discontinued — the EDII is an addition, rather than a replacement). The extra weight is no doubt due to the high-density Japanese ED glass used in the optical system. Far from detracting from the feel of the binocular I think it actually enhances the ergonomics and lends the instrument a premium feel in the hand.

The magnesium alloy chassis is pretty much the same as that used in the Endeavor ED — but here the two hinges joining the barrels are matt-black to match the rubber armouring of the binoculars, instead of the contrasting silver of their predecessor. I have to say that while its a subtle difference, for me it improves their looks no end.

If you’re a regular reader of my reviews you’ll know that I’m not a big fan of double-hinged open-bridge designs — but I find the ergonomics of the Vanguard’s better than most. They feel very comfortable and well balanced in the hand and, perhaps more importantly, they’re easy to carry and use in the field. 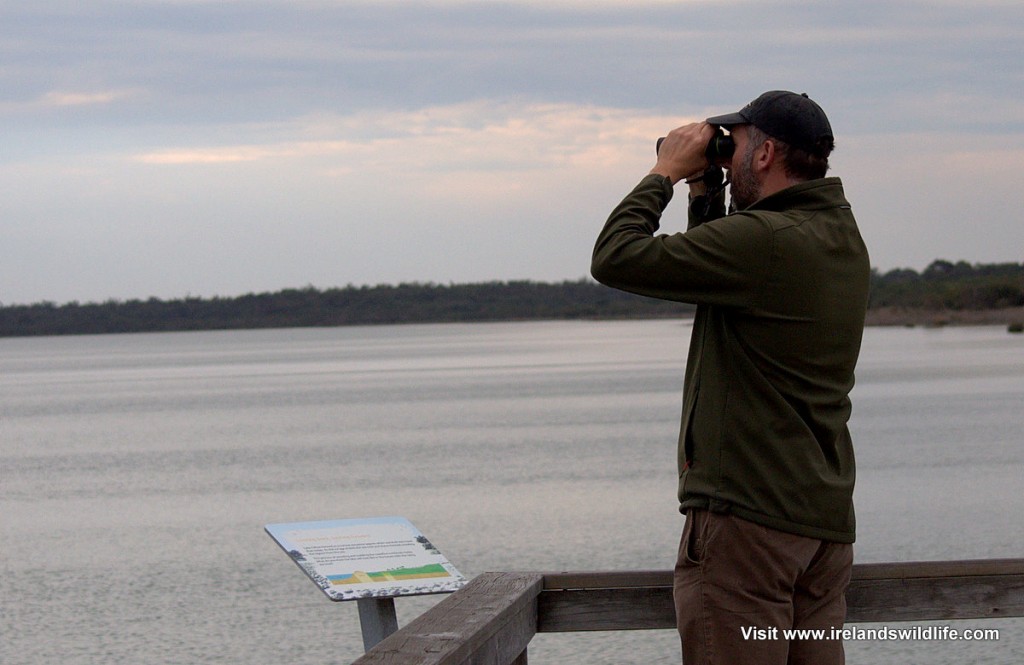 As you might expect if you’ve used any of Vanguard’s higher-end binoculars before, the view through the EDII is very impressive. It’s bright, very sharp and offers lots of contrast. Colours are good — although like the earlier model they do look a little on the warm side to my eye.

At 7.2° (126m/1000m) the field of view isn’t perhaps as impressive as it could be for a high end 8×42, but the view appears pin sharp right to the edge of that field. Overall the view is very impressive, and the new high-end glass does a sterling job of controlling chromatic aberration — which is completely absent in the centre of the field and hardly noticeable out near the field edge even in challenging light.

The focus mechanism is the same as the Endeavor ED — it’s smooth and fluid, works really well, but has that same super-aggressive ratio that for me is just a bit too much. Only 3/4 turn of the focus wheel takes you from a close focus of 2m out to infinity. That means focus is super quick — which can be a good thing — but it also means it’s very easy to overshoot your point of focus and have to dial back to find it. That’s not so good. You do get used to it — but for me a little more focus range would work better.

While I don’t have a pair handy for comparison, I keep thinking the view through the Endeavor EDII is somehow reminiscent of looking through Nikon’s flagship EDG binocular — which is quite an accolade given the price differential between the binoculars.

Overall I’d class the Endeavor EDII as an evolution rather than a revolution at the top of Vanguard’s binocular range. It builds on the company’s reputation for delivering excellent optics that represent very good value for money.

Look out for my full review of this impressive new binocular from Vanguard over the coming weeks. Meanwhile you can check out the range on the Vanguard UK website and read more about the launch of the new binocular in this Vanguard Blog Post.