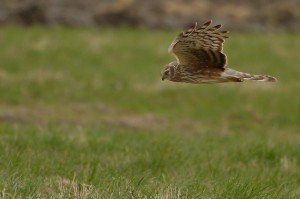 Last night I penned this email to Cllr. John Sheahan, Cathaoirleach of Limerick County Council, in response to his outrageous call for an “Open Season” on hen harriers in the county.

This morning I received an email with the following standard letter attached, clarifying Cllr. Sheahan’s position:

I wish to thank you for writing to me to express your views in relation to an article that appeared recently in the Limerick Leader newspaper.

In the article in question I made reference to “OPEN SEASON” on the hen harrier if certain changes were not made. This remark infers that I advocate that this bird of prey be hunted similar to wild game that is hunted at certain times of the year. This inference was entirely unintended and I apologise for any upset my comment may have caused. I wish to clarify that my comment was meant in the context of my political battle with the Irish Government to seek a proper plan whereby the landowners and particularly, the farmers are not out of pocket by a designation that hamstrings them from earning their livelihood. This, unfortunately, is the case at present.

I refer in my article to a situation whereby I believe all can co-exist. I ask would you seek to be compensated if your Government or local council made changes that devalued your property or adversely affected your ability to make a livelihood. The records show that the overwhelming majority of landowners do not receive any compensation. When the SPA designation was introduced it was done in tandem with a compensation package to accommodate landowners. However, the scheme was axed in the very early stages leaving farmers out of pocket and their livelihoods threatened.

I hope I have provided you with some idea of the level of frustration experienced by landowners in the affected areas. I would ask you, in the best interests of the Hen Harrier, to support me and lobby the Government and the powers that be in Europe for a properly managed and adequately funded plan of conservation so we, all as creatures of this world, can live in harmony.